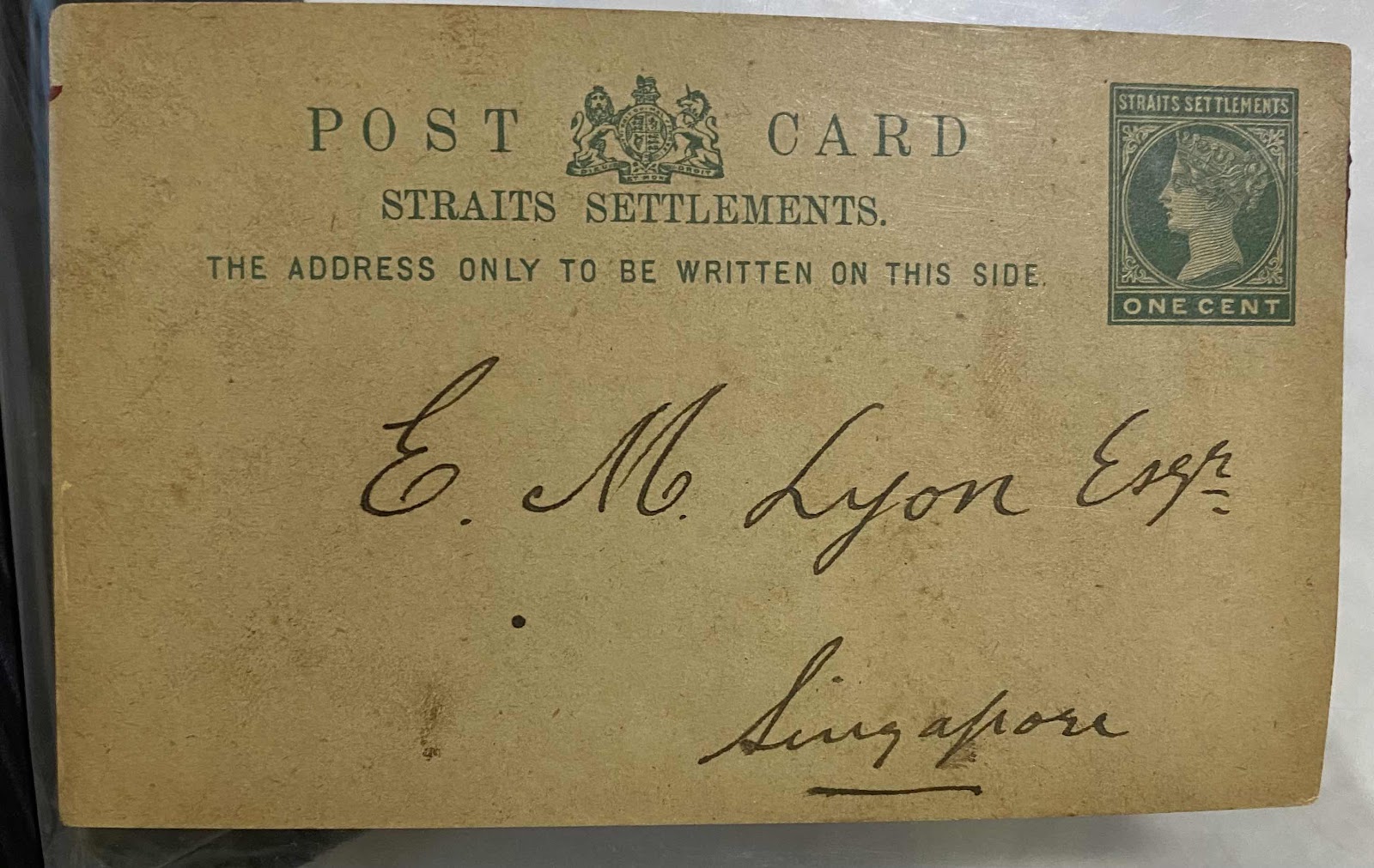 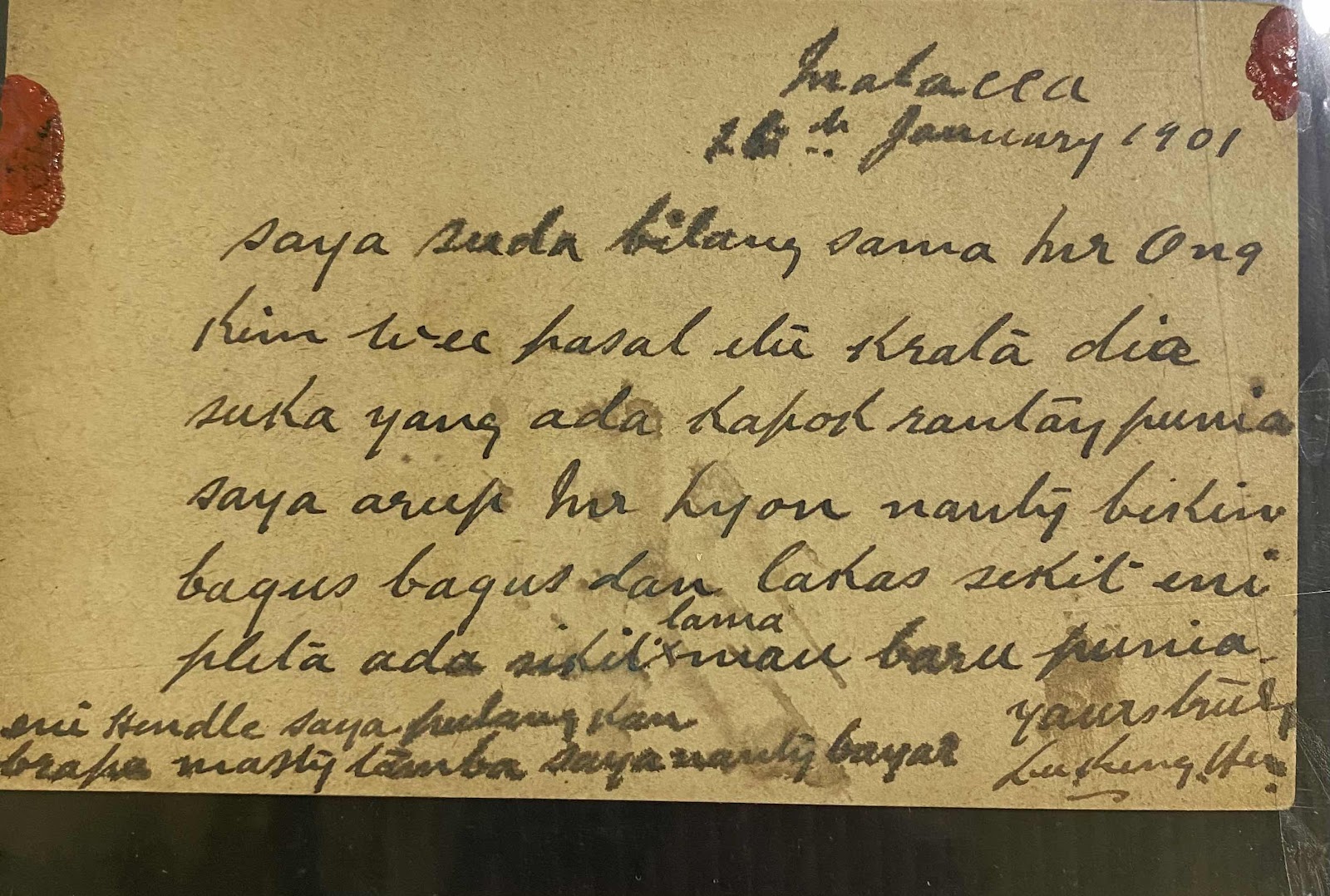 “I have informed Mr Ong Kim Wee about his car with an old chain. I hope Mr Lyon can repair it quickly and to replace the worn out car lights. This handle I am returning to you. Whatever it costs I will pay you.

Ong Kim Wee and his son Ong Hin Tiang was one of the richest man in Malacca. The first motor car was making inroads into the Straits Settlements at that time . 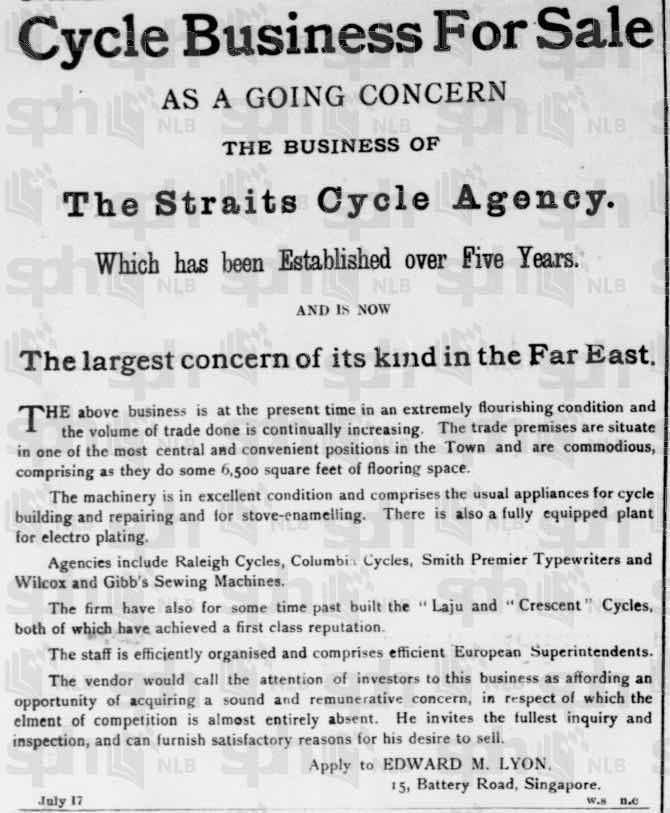 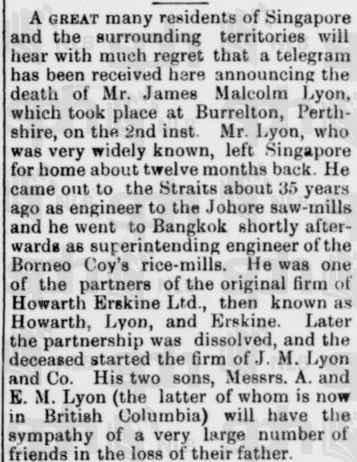 From here we can see that E M Lyon ancestry place is in Scotland and his father has came to Singapore in the 1860s.