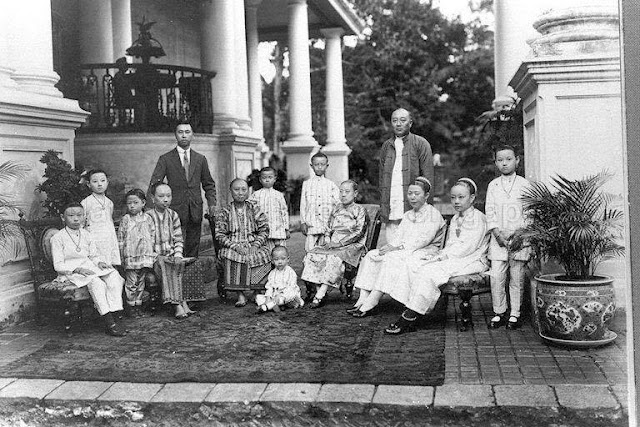 This picture should have be taken shortly after the death of Chia Teck Kim (DOD 22 Oct 1918) as he was not seen in this picture.  His wife Tan Peng Neo would have brought their daughter Swee Neo back to her parents house
Compared to a earlier picture of Tan Jiak Kim and his family taken around 1917 shortly before he passed away (DOD 22 Oct 1917), the two children Tan Eng Wan and Tan Eng Chiang had grown by a couple of years