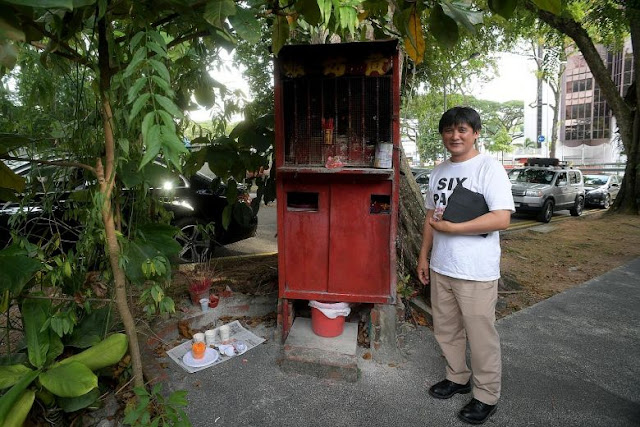 Mr Charles Goh with the shrine erected in honour of Madam Huang Su Ying. It now needs to be removed due to redevelopment works.ST PHOTO: JAMIE KOH

She is commonly known as "Maiden Huang", or Huang Gu Niang. Said to have been born in 1866, the story goes that Madam Huang Su Ying worked at the Singapore General Hospital (SGH) as a nurse until the early 1900s.

While attempting to save an old woman during a fire in a village near Kampung Silat, a house collapsed on her and she was never seen again.

A shrine was later erected in her honour under a tree in Hospital Drive, on the SGH campus, with believers praying to it for health.

Now, with the campus undergoing extensive redevelopment and expansion over the next 20 years, the shrine is to be removed and the Ministry of Health (MOH) has placed notices in the newspapers asking for its owner or caretaker to come forward before Oct 5.

According to Taoist blog Jave Wu Taoism Place, the shrine was set up in the early 1990s.

The story of Madam Huang is hard to verify but has circulated among some Taoist groups and the heritage community, said tomb researcher Raymond Goh, 53. 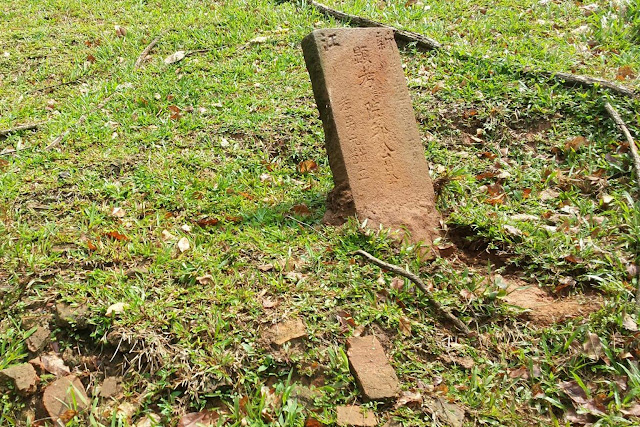 Trees will die but stones and rocks remain. We can create a picture of old Singapore from them, so that people can learn more about their roots and build a future from this foundation.

MR CHARLES GOH, who has been exploring Singapore for the past 16 years. He and his brother, Raymond, discovered the tombstone pictured above in 2014. It dates back to 1842.

If no one comes forward, rites will be conducted for its relocation on Oct 15, said MOH, and the tablet will be moved to the Wat Ananda Metyarama Thai Buddhist Temple in Jalan Bukit Merah. 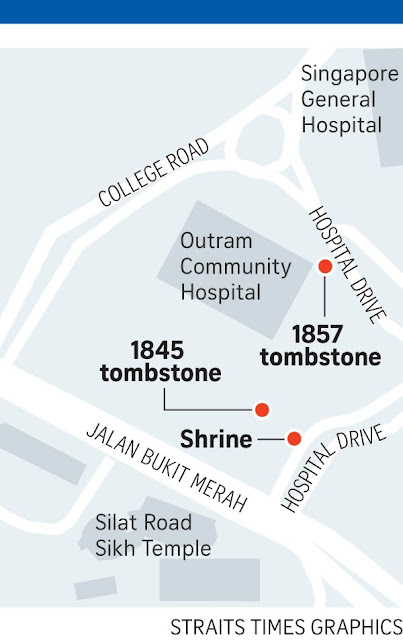 Two Chinese graves in the vicinity, which experts say date back to the mid-1800s, will also have to make way for developments. Descendants or next-of-kin must make their claim with MOH by Sept 18.

The older grave dates back to the 11th lunar month of 1842. The deceased, Qiu Yuan, also appears on the donor plaque in Thian Hock Keng temple, Mr Goh told The Straits Times.

Mr Goh, a pharmacist, and his brother Charles, 49, first spotted the tomb in 2014 while doing a guided walk of the former Tiong Bahru and Tiong Lama cemeteries.

The grave is likely in its original position, making it one of the oldest Chinese graves that appears not to have been exhumed or destroyed by development. The oldest known to date is a few months older and stands on the fringe of the Botanic Gardens. It belonged to a man called Qiu Zheng Zhi.

Experts have said that old graves like these provide fertile material for studying the evolution of Chinese tombs in Singapore and the region. They also give insight into the people of the time.

Meanwhile, the other grave on the SGH compound dates back to 1857 and bears the name Cai Yuan Liu, added Mr Raymond Goh.

He said the old graves should preferably be kept in their original locations or incorporated into the campus' upgraded landscape.

But as plans have been made, he hopes the descendants of the two graves will step forward to claim the remains. If they do not, he hopes their respective clans will do so.

MOH said last year that four other 19th-century tombstones discovered on its grounds in late 2014 by the Goh brothers, plus a 3m-high boundary wall of a 130-year-old former lunatic asylum "will not be affected" by the redevelopment.

A ministry spokesman had said then it was "mindful" of the rich history of the SGH campus and would preserve its heritage features and structures as far as possible.

Mr Charles Goh, a senior safety manager of a construction firm who has been exploring Singapore for the past 16 years, said forgotten graves can still be found today in areas where development has not been invasive, such as nature reserves and military land.

In the past, large swathes of land used to be privately owned by clans and plantation owners, or were home to villages. Mr Charles Goh said landowners would apply to the municipal commission for approval of small burial plots.

"This explains why there are burial plots all over Singapore," said Charles, who has found graves in Upper Thomson Road, Tiong Bahru and Choa Chu Kang.

For instance, in 2008, he stumbled across 20 Christian graves from St John's Chapel in Jurong. The church had relocated after the Government acquired the land in 1992.

"Tombs are like markers in history. Trees will die but stones and rocks remain. We can create a picture of old Singapore from them, so that people can learn more about their roots and build a future from this foundation."
Featured News