You can call Greater Bukit Brown Cemetery a social and cultural repository of early Singapore. In recent years, researchers have slowly unearthed the stories of many pioneering Chinese immigrants who rest there.

But it was only last month that the 1888 grave of a key personality, a merchant who was one of the original land donors of the cemetery itself, was found.

Mr Raymond Goh, a "tomb hunter" famous in the heritage scene here, had often passed by the tomb of Mr Ong Chong Chew without realising it was what he had been looking for. It was only on Sept 17, on one of his tomb-hunting walks in the grounds of Seh Ong Cemetery, that Mr Goh found the tomb.

"It had escaped my radar all this time because I was expecting a tomb from the Qing dynasty era to have a more elaborate design."

The tomb is in a forested part of the cemetery slanting downwards. It had been nudged into that position by the roots of an old tree.

On closer inspection, Mr Goh saw it bore the posthumous name of Mr Ong as "Ting Ying", and listed the names of his four sons. This corroborated with research by his great-great granddaughter, retired librarian Ong Chwee Im, 75, who had written a book about her ancestor in 2006.

The inscribed 1888 date in Chinese was another telltale sign.

Mr Goh had been trying to track down the tomb after descendants of the late pioneer asked him for help in doing so in 2011.

He told The Sunday Times his search was especially intense in the first year, and he spent many weekends combing through different parcels of Greater Bukit Brown, which includes Seh Ong and the Hokkien Huay Kuan cemeteries. "His descendants and I had looked through old records from the Ong Clan but we couldn't find any paper trail... It was very challenging locating the tomb."

It turns out that Mr Goh had been looking in the wrong area - bashing through overgrowth at the Sime Road section of Seh Ong Cemetery after a false lead.

Mr Goh was elated when he finally found Mr Ong's tomb. "I realised that the long-lost grave I had been looking for over the past five years had finally been found."

The late Mr Ong had come to Singapore from "dirt poor conditions" in Bai Qiao village in Fujian province as a young man in the 1850s. He did well, setting up a lumber and shipping company called Teck Cheang located along Rochor River. 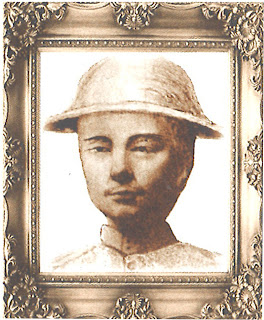 A portrait of merchant Ong Chong Chew taken from a book. His tomb was discovered on Sept 17. PHOTO: THE JOURNEY FROM WHITE ROCK

Ms Ong had learnt about her ancestor's role in Bukit Brown Cemetery only in the 1980s. She had read about him in a 1923 tome called One Hundred Years' History Of The Chinese In Singapore, which listed the late Mr Ong, as well as Mr Ong Ewe Hai and Mr Ong Kew Ho, both of whom can also be traced back to Bai Qiao, as having donated 500 yuan to buy 85ha of Bukit Timah land. The trio had decided to give back to the community in 1872.

Their original plan was to build a village for newly arrived immigrants from China. "The three Ongs left a worthwhile, noble and pragmatic gift to the people of Singapore," said Ms Ong.

But eventually the area was used as a cemetery and came to be known as Seh Ong Cemetery.

As the area was under-utilised, the colonial authorities converted 39ha of it into a burial ground for the Chinese around 1919, before officially opening it as the Bukit Brown Municipal Cemetery in 1922.

Mr Goh said the remains of the late Ong Ewe Hai either rest in Bukit Brown or have been transferred to a temple. Ms Ong said Mr Ong Kew Ho is likely to be buried in Malacca.

Her research also points to why the late Mr Ong's grave was not as elaborate as those of his contemporaries - it had likely been remade in the 1950s following its reinterment from the family's estate in Telok Blangah to Kheam Hock Road where Seh Ong Cemetery is today.

There, they also got to see the graves of Mr Ong Chong Chew's eldest son Ong Kim Cheow, a founding member of the Straits Chinese Recreation Club who died in 1909, along with his wife "Tan Kim Tay Neo", as was written on the tombstone.

Mr Ong hopes to show the graves of their forefathers to the rest of his family.

"This find is important to us because I get to tell them that our line goes back this far."

Meanwhile, work goes on for Mr Goh. While he has helped to reconnect more than 100 families with their ancestors, he still has another 50 or so outstanding requests.

"New discoveries await. The search must go on," he said. 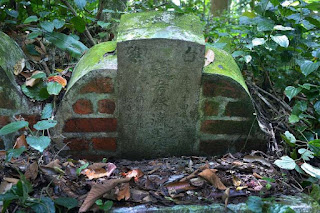 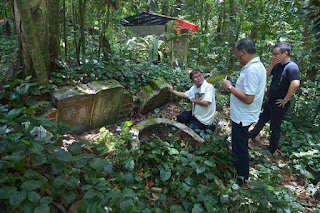 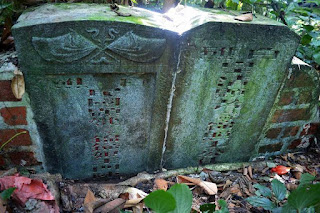