SINGAPORE - A slice of the Republic's history will come alive on April 9, when a book documenting the impact of the Japanese Occupation on Singapore is launched.

The book, WWII @ Bukit Brown by All Things Bukit Brown, is a collection of stories, essays and poems, with a focus on those buried at Bukit Brown cemetery, which was at the time the largest cemetery in operation in Singapore. 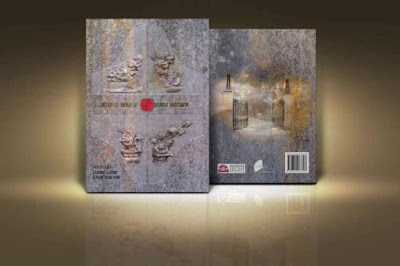 WWII @ Bukit Brown by All Things Bukit Brown is a collection of stories, essays and poems, with a focus on those buried at Bukit Brown cemetery.PHOTO: SINGAPORE HERITAGE SOCIETY/ ETHOS BOOKS

When war descended upon Singapore's shores, the cemetery became a site of battle, and the resting place of those who died in the run-up to the invasion and subsequent occupation by the Japanese forces.

Launched by non-government organisation Singapore Heritage Society and publisher Ethos Books, the book tells of pre-war conditions, when the Chinese in Singapore were involved in raising funds for their homeland, at war with the Japanese during that time.

Readers will learn what the consequences of those actions were when Singapore fell to the Japanese, through the anthology compiled from family archives and oral interviews.

The stories, essays and poems in the book were compiled by All Things Bukit Brown, a loose community of volunteers, "as an act of commemoration", said the volunteer group in a statement on Tuesday (April 5).

It added: "(The book is) supported by the Singapore Heritage Society and published by Ethos Books. We acknowledge the National Heritage Board for its grant, and contributions from SHS members and other community members."

The book launch will be held at the 5th-floor auditorium at The URA Centre in Maxwell Road. It will be attended by Mr Desmond Lee, Senior Minister of State for National Development and Home Affairs.

Those interested in attending the book launch, which will also feature presentations and a panel discussion on community engagement, can register online at http://peatix.com/event/159461