October 25, 2015
My family spent last month's Hari Raya Haji holiday making our own pilgrimage of sorts, as more than a hundred descendants of my late great-grandfather gathered for the first time.

The idea to summon the entire clan arose a few months earlier after my father decided to patch the missing gaps on a family tree my granduncle was working on.

It was a tree that was sprouting new branches by the day, partly because my great-grandfather had no fewer than six wives and 14 children, one of whom was my paternal grandmother.

My great-grandfather Chia Yew Siang was a philanthropist and merchant who possibly traded in rubber and spices. I say possibly because historical records of him are patchy. His only surviving child, my granduncle, does not know either as he was just five when his father died in 1930 at the age of 63. 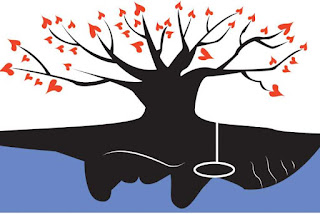 Most of us know little else about the man except that he has a road in Pasir Panjang named after him.

In a way, the gathering aimed to not only track down long-lost relatives, but also to learn more about our common ancestor.


So there we were at a condominium function room, 85 years after our forebear was lowered into the ground at Bukit Brown Cemetery, among a sea of strangers who were actually our relatives.

To say it was a Chinese New Year reunion on steroids would be an understatement. I had never encountered so many relatives under one roof. There were 115 of us - from bawling babies and brooding teenagers to kaypoh aunts and, of course, my 90-year-old granduncle.

Some had even travelled from Malaysia just for the occasion.

We needed coloured name tags to keep up with the archaic concept of polygamy. Orange meant you were descended from the first wife, gold the second and so on.

It was the first time most of us were laying eyes on one another. Naturally, it seemed a tad awkward to acknowledge each other as kinfolk. But blood quickly proved thicker than water.

An aunt we had never met before marched up to me and my cousins and peered at us intently.

"Yes, you can tell we are family," she declared. "We all have the same jawline."

I wasn't so convinced until moments later when I mistook a nephew whom I had never met before for my cousin Roy. In my defence, they even had the same spiky hairstyle.

We spotted familiar faces in the crowd too. My cousins' junior college physical education teacher, for example, turned out to be our second cousin.

"How small this world is," remarked another newfound aunt. "I guess it's good to know who you're related to because, you know - incest," she whispered with genuine concern.

We took turns introducing ourselves and sharing anecdotes about my great-grandfather. It was fascinating listening to what different relatives knew about the man.

An aunt revealed that he helped to build a school in Pasir Panjang. That's why a road there carries his name, she said.

We also learnt that one of his sons and two of his grandsons were taken away and killed during the Japanese Occupation.

Bit by bit, we pieced together the enigmatic jigsaw puzzle that was my great-grandfather.

I don't think we came close to completing the puzzle and I'm not certain that we ever will. And the family tree, while updated, may never be complete as we have lost touch with some relatives.

But I couldn't help walking away from the gathering feeling somewhat comforted.

As humans, we are curious about our provenance. This get-together not only answered many questions, but also bound each of us to a common page in our history.

I don't think my great-grandfather ever dreamt that his descendants would one day track one another down the way we did. But I have a feeling that he would have appreciated not being forgotten. While we might never have all 115 of us back in the same room again, it's a start.

A week after the gathering, a second cousin whom we had lost touch with reached out via e-mail.

My uncle is also planning a family excursion to my great-grandfather's tomb, which many relatives have never visited.

Perhaps, aside from the annual Qing Ming (Tomb Sweeping Festival) rituals, reconnecting with one another is the least we can do to honour our predecessor's memory.

As American author Liam Callanan once wrote: "We're all ghosts. We all carry, inside us, people who came before us."