Arts fest: From inside HDB flats to circus tents

SINGAPORE — Residents of Upper Serangoon, Tampines, Marsiling Lane and Jurong East can expect the Singapore International Festival of Arts (SIFA) to arrive on their doorsteps in August.

The four HDB estates were revealed as the sites for the festival’s heartlands comedy performance Living Together led by Kumar, at a press conference held today (April 8) to officially launch the festival. Beyond the heartlands, other interesting venues and spaces this year include circus tents, an inflatable tent, cargo containers, Bukit Brown Cemetery and the former Tanjong Pagar Railway Station.

Speaking at the press conference today, Kumar quipped: “I’ve done enough comedy for the yuppies.” The comedian also revealed his affection for the heartlands after moving into an HDB flat two years ago.

“I love it. When people steal shoes, they steal one shoe. What am I going to do with the other one?” he joked.

Aside from the comedy shows, there will also be intimate theatre shows set inside people’s living rooms in the neighbourhoods of Yio Chu Kang, Siglap and West Coast as part of the Open Homes initiative. This will be done in collaboration with the People’s Association’s PAssionArts.

Meanwhile, Tanjong Pagar Railway Station will be the site of a few events, including festival director Ong Keng Sen’s durational performance The Incredible Adventures Of Border Crossers, which premiered in Paris last month; a few performances from the Dance Marathon — Open With A Punk Spirit! programme; as well as an app-enhanced “augmented reality” tour of the station.

Bukit Brown Cemetery will serve as the stage for a performance held at dawn by theatre group Drama Box, which will also be holding another of its shows at Toa Payoh Central inside its very own inflatable theatre space. The shows fall under its It Won’t Be Too Long series.

Elsewhere, expect small circus tents to pop up in the open field at Bayfront Avenue courtesy of Cabanons, which is a more intimate version of the circus spectacle created by French visual artist Daniel Buren. An exhibition by Chinese photographer Lu Guang will be set up at DECK, which comprises cargo containers.

The theme for SIFA this year is POST-Empires, which looks at what the world is like after colonialism, communism and even globalisation. Mr Ong added that aside from its significance in light of Singapore’s 50th year of independence, the passing of first Prime Minister Lee Kuan Yew also presented added food for thought.

“I’ve been asked by many what will happen to the island after the passing of the towering figure of Mr Lee, so perhaps we could also think about how we go on (from here) to find new independent trajectories,” he said.

Mr Ong added that the festival team was conscious of the importance of SIFA this year. “We were specific that this year was going to be the big bang,” he said. Hence, 60 per cent of the line-up comprise local works, including 12 new Singapore commissions. “It’s absolutely essential for every self-respecting festival (to commission productions),” he said.

With a slate of up to 65 ticketed and free shows and events spread across the festival in August and The OPEN in June, audiences can expect a “rich, intense, diverse and intellectually gripping” edition, said Ms Lee Chor Lin, chief executive officer of the independent Arts Festival Limited, which runs SIFA.

She added that the sizeable number of new works from Singapore groups makes the edition “that much more meaningful and fulfilling”.

One of these commissions is Smriti Padha (Memory Route), a brand new dance performance created by Cultural Medallion recipient Mrs Santha Bhaskar, who will make a comeback of sorts at the festival, having presented frequently in the 1980s and ’90s. Her last show for the arts festival was Manohra (1996). “I’m very happy and have many memories about how we worked back then,” she said. “And we’re back again now.”

The Singapore International Festival of Arts runs from Aug 6 to Sept 19, while The OPEN runs from June 16 to July 4. Tickets go on sale today (April 9), from SISTIC. For more information, visit http://sifa.sg

SIFA IN THE HEARTLANDS #1

You can catch Kumar, along with fellow comedians Koh Chieng Mun, Sharul Channa, Zaliha Hamid and Shane Mardjuki, in the show Living Together in at these times and places.

Performances last 1 hour each. Free admission and performed in the multiple languages of Singapore.

SIFA IN THE HEARTLANDS #2

25 homes across Yio Chu Kang, Siglap and West Coast will transform their living rooms into theatre spaces ala the open-house concept during Chinese New Year, Hari Raya and Deepavali. 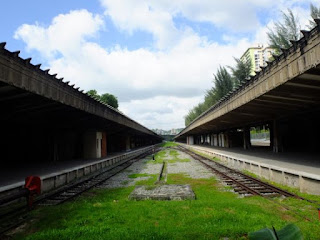 Tanjong Pagar Railway Station will be the site of a few performances,..