October 22, 2014
The Straits Times Wednesday, Oct 22, 2014
Melody Zaccheus
Contray to popular belief, tomb hunters Charles and Raymond Goh, who discovered a 150-year-old grave in the heart of Outram last month, rely on cold, hard facts and not the supernatural to lead them to their next find. 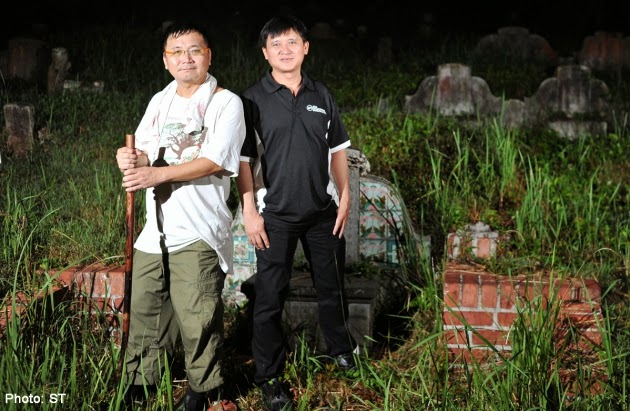