Advocacy awards for 10 groups, individuals
Woman who wrote about her struggle with schizophrenia among the winners

Advocacy Organisation of the Year
All Things Bukit Brown, which aims to preserve the site's heritage and habitat.

Most Promising Advocates
Ms Chan Lishan, who recounted her struggle with schizophrenia in a book.
Mr Damien Chng, who co-founded a group which calls for the death penalty to be abolished.

One went public about her personal struggle with schizophrenia in a book. Another worked to place Bukit Brown on a global list of heritage sites at risk of being lost.

Freelance writer Chan Lishan and All Things Bukit Brown were among the 10 individuals and groups recognised at the first Singapore Advocacy Awards yesterday.

The awards honour those who made major contributions to the growth of civil society here in the last three years.

They were organised by The Working Committee 3 (TWC3), an informal group of civil activists chaired by Mrs Constance Singam, former president of the Association of Women for Action and Research, or Aware.

Said arts educator T. Sasitharan, head of the eight-member judging panel: "If civil society in Singapore is to grow and mature, then it is crucial that good advocacy work that makes an impact on society, that is engaged with the community and that empowers people, be properly recognised."

The winners, selected out of 18 nominations from the public, each received a certificate and $1,000 towards their cause at the ceremony at The Arts House.

Five of them received special trophies for their outstanding achievements. The trophies - shaped in the form of the awards logo which is an inverted "A" - were made by members of civil society, including people from the Down Syndrome Association Singapore and Humanitarian Organisation for Migration Economics.

One of those who won the trophy was Ms Braema Mathi, president of human rights group Maruah. She was named Advocate of the Year.
She told The Sunday Times that she "struggled" with winning the award.

"There are many people who have done plenty of work before the past three years, just that there was no award for them then... I'm building on the work of others and this work will continue through others."

The Animal Concerns Research and Education Society (Acres) had a double win - the animal welfare group was one of the winners in the honours list, and its founder Louis Ng was named Advocate of the Year.

Asked what keeps him going, he told The Sunday Times: "I'm glad to see more people joining the animal welfare movement, and we see more student volunteers too."

He was also lauded in the citation for confronting "iconic tourism industry institutions, shaming them over unethical practices".

While the citation did not go into specifics, his group has been campaigning since 2011 to secure freedom for dolphins kept at Resorts World Sentosa.

Ms Chan won the Most Promising Advocate award. Diagnosed with schizophrenia at the age of 24 in 2008, she gave a first-hand account of her struggle with the illness in a book published in 2012.

"It's very rewarding to know that somehow I've helped people. I've had people come up to me to say that the book really opened their eyes to mental health issues."

Mr Ng and Ms Chan said they hope their wins will help raise even more awareness of their causes. 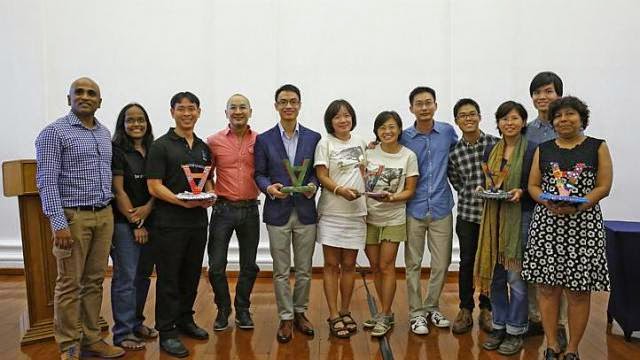