Then there are the roads, such as Eu Chin Street in Tiong Bahru and Seah Street in the city.
But as a young boy, Sean had little inkling about just how influential his famous ancestor was.
The late Seah, for instance, was known as the "King of Gambier", having built his fortune as the owner of gambier plantations in areas like Thomson. He was also one of the founders of the Ngee Ann Kongsi, a Teochew clan association that was set up in 1845.

It was only two years ago, however, when the younger Seah saw the large and newly discovered grave of his ancestor for the first time, that everything clicked.
Now, he is hoping to save the grave in Toa Payoh West, which is at risk of redevelopment due to its proximity to the upcoming North-South Expressway.

He approached the National Heritage Board last month and plans to put together a petition signed by descendants of Seah Eu Chin's four sons to preserve the grave, which sits on land where the late Seah grew pepper and gambier.

Said Mr Seah, 38, a business development manager at a multinational corporation and a sixth generation Seah: "I felt a connection to him after seeing something so large and tangible.

"The grave is a living testament of his life and success, and very different from just reading off a list of his accolades or hearing stories from my grandfather about his achievements. For the first time, I felt that my lineage was truly special," he said.
His visit to the grave alongside 40 other family members prompted Mr Seah to embark on a journey to rediscover his lineage.

Now, he is one of the more active Seahs on a mission to rediscover his roots and champion his family's heritage.

For instance, Mr Seah spends most of his time outside of work combing through archives, looking for distant relatives and filming videos documenting his quest.

The grave where his ancestor was buried with his two wives in 1883 was discovered in 2012 by tombstone hunters, brothers Raymond and Charles Goh.

For decades, the Seah family, of which there are about 500 members scattered across the globe, had not known its location.

"I hope the Government can help us keep the grave so that we can show future generations a physical marker of their heritage," said Mr Seah, who has two sons aged one and four.

Mr Charles Goh, 46, who took a year to hunt down the grave, agreed. "It is a rare find and a rare tomb of someone so illustrious. We should conserve what we can, especially at a time when we are looking back at our roots and hoping to better tell the Singapore story."

Last month, Mr Seah also discovered that his ancestor had built a grand villa in Yuepu village in Shantou, China.

He found it after doing some research on the inscriptions on his father's urn, with some help from the Seah clan in Singapore.

He filmed a video of his experience visiting the site - as the first descendant to return after 191 years - to share with other Seahs.

The villa, located within a 300 sq m compound - about the size of three five-room flats - even housed a school once.

Mr Seah said: "It showed that he had his hometown and family in mind even after achieving success in Singapore."

He added that he was inspired by his ancestor's tenacity and said he has plans to conduct heritage tours to Yuepu.

"I learnt about him during history lessons in school but questions still lingered, like why he had taken the treacherous two-month-long journey in 1823 to Singapore from China," said Mr Seah. The trip helped answer some of these questions, he said. "I learnt that he was a fighter... someone who was willing to take risks for opportunities."

Although he did not inherit any of his ancestor's material possessions, Mr Seah feels that he inherited priceless values and traits. His desire to trace his genealogy and lineage stems from a belief that there is more to life than just chasing material success.

He said: "A person without knowledge of his roots is missing a part of his soul. Life starts as an empty page and it's up to us to decide how to paint the colours of each page and chapter."
There is also the joy of finding other members of the Seah clan. Family ties are easily verified by checking generation names - a Chinese practice where family members from the same generation use the same characters for their middle names. This was how he met his cousin, chef Elton Seah, 38, three years ago while doing national service in-camp training.

Then there is the thrill of saying that it is his grandfather's road whenever he drives or walks by any of the four streets named after Seah Eu Chin and his two sons Peck Seah and Liang Seah.

Said Mr Seah: "I feel very proud to have come from his line. I hope our family can continue to produce good people who will contribute to society just like he did."

"We will take it day by day, and try the best we can. We don't know what will happen tomorrow so there are no long-term medal targets set for her.

Seah Eu Chin (1805-1883), who came to Singapore in 1823, started work here as an accountant and a clerk on trading ships. Later, he began working as a middleman, supplying ships with goods.
Over time, his fortune grew and he bought huge parcels of land for gambier and pepper plantations. At one point, he owned plantations that stretched from River Valley Road to Bukit Timah.
Seah, who received an education in Chinese classics back home, was well respected by both the Chinese and European communities for his business acumen. He is known for his role in founding Teochew association Ngee Ann Kongsi. He was also one of the few Chinese here to become a member of the Singapore Chamber of Commerce, a largely European-dominated body. 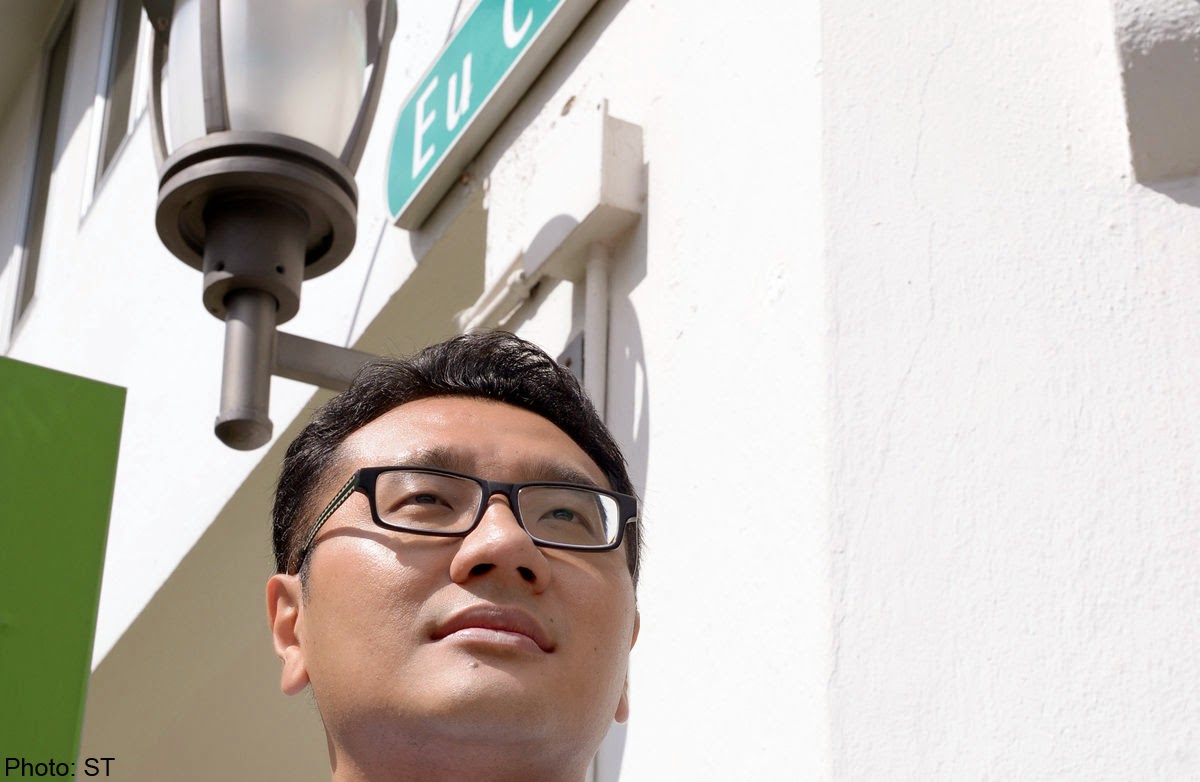 Mr Sean Seach, a business development manager at a multinational corporation and a sixth generation Seah, who is on a personal quest to rediscover his family's history.
Descendants can join the Facebook group Seah Eu Chin Descendants.