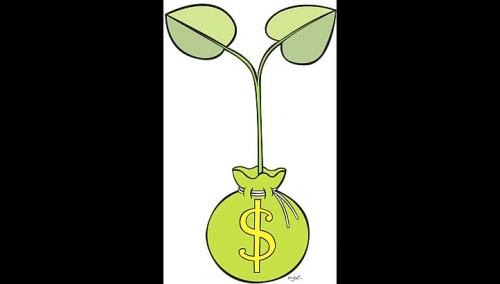 As Singapore grows wealthier, there are calls to reprioritise the environment over the economy. But one question is whether economic growth will be a given in the future.

By Euston Quah and Christabelle Soh For The Straits Times

This is in line with the basic fundamental economic principle that every choice entails a trade- off, and the sooner and better a society understands this opportunity cost and gains, the clearer and easier for policy makers to make informed decisions.

The tension between the economy and the environment often results in governments having to prioritise one over the other. Many would also argue that there is a clear limit to which natural capital such as green spaces and forests can be substituted for physical capital as in buildings, and infrastructures.

In Singapore, economic growth has historically taken centre stage and has always been the backbone of the country's material progress. There were good reasons for this.

In the early days of independence, Singapore faced existential challenges. Real income per capita, the amount of goods and services that could be purchased with the average income, was only about a 12th of what it is today. The unemployment rate was 10 per cent to 12 per cent.

The post-war population boom also meant that jobs had to be found for the growing number of young people. The late Dr Goh Keng Swee famously recalled that "(In) the first few years, when I went home for lunch, I passed big schools and saw thousands of kids going home at 1pm; I kept on worrying where I was going to find jobs for them."

The emphasis on economic growth then can be easily observed from the policies adopted. Doors were opened and red carpets were rolled out to attract foreign direct investment (FDI). The Economic Development Board was set up and specifically tasked to bring in FDI, a crucial mandate that has remained unchanged to today. Simultaneously, free trade agreements were actively pursued to expand Singapore's export markets.

HOWEVER, economic growth was not pursued with the complete abandonment of environmental concerns. Even then, it was recognised that Singapore's small geographical area meant that the living environment was interminably tied up with industrial activity.

As such, the paradigm was that while economic growth was paramount and had to be pursued, some consideration would be paid to the living environment.

An example of this was the land zoning that was carried out. More pollutive industries were located as far away as possible from residential areas.

Also, standards on waste and pollutant discharge were enforced from the start, a policy directive uncommonly observed in developing countries. The planting of trees and general greening of Singapore were also clear efforts to preserve the living environment.

In recent years, with Singapore's increased affluence, the population's focus on the environment has become stronger.

There have been calls to consider reprioritising growth and paying more attention to the living environment instead. The non-material aspects of the quality of life have gained more prominence as comfortable income levels become the norm.

To a large degree, this is unsurprising. As incomes increase, the marginal utility of income (the addition to welfare that extra income brings) decreases, which tips the scales in favour of non-income determinants to welfare.

A worsened living environment, due to population growth outstripping the capacity of physical and social infrastructure has been among the main points of contention.

Furthermore, as the Singapore economy reaches maturation, it has become increasingly harder to achieve high rates of economic growth.

Unlike economies playing catch-up, Singapore can no longer achieve great gains in efficiency simply by adopting best practices from overseas. We have also long since lost the labour cost advantage in the form of a cheap local labour force.

For economic growth to be sustained at the pace enjoyed by developing economies, higher costs have to be incurred, either in terms of greater investments in research and development, or in terms of costs to the living environment, or by importing cheap foreign labour, which in turn raises social costs.

The above factors have led to the view that the time for a paradigm shift is due, with many believing that Singapore's future emphasis should be and will be on preserving the living environment rather than pursuing economic growth.

As things stand, such a shift in policy stance seems to have already happened in other developed economies. The predicted disastrous effects of climate change have focused minds on reducing carbon emissions and preserving the natural environment.

For instance, the European Union already has an emissions trading scheme in place and Australia introduced a carbon tax in 2012. Even China, which has yet to become a developed economy, is taking strong measures to improve the living environment.

FOR Singapore, while the gradual shift towards prioritising preservation of the living environment and away from economic growth may seem to be the choice of some for now, there is little reason to believe that such a shift is permanent in the longer run.

This is because part of the desire to not focus on economic growth stems from taking economic growth as a given. However, with globalisation and increased economic competition, this assumption may not hold true.

Developing economies are doing their best to move up the value-added chain. China's Huawei is producing smartphones that can rival global brands like Samsung and Apple in terms of quality. Shanghai is fast becoming the next global financial hub. Flappy Birds, a recent craze in game apps, was developed by a Vietnamese.

More and more of such instances would mean an increased overlap between goods and services produced in Singapore and by other countries. This increased competition has negative implications for Singapore's economic growth.

Additionally, Singapore may not always be a magnet for foreign labour. As wages and the standard of living rise in developing countries, Singapore will become a less and less attractive destination.

This has a direct effect on the productive capacity of our economy: a smaller labour force means less goods and services can be produced. It will also reduce our ability to attract FDI as the availability of skilled and cheap labour decreases.

Unless local population growth picks up, the shrinking labour force will mean negative growth and decreased incomes. There is a limit as to what capital and technology can remedy or replace labour.

It is possible that as incomes start to fall and unemployment rises, the focus will turn back to the economy. We have seen this in the EU, where the European debt crisis and subsequent recession have pushed climate change down the list of priorities. Australia has also taken steps to repeal the carbon tax. Threats to economic growth may trigger a similar reaction in Singapore.

As such, it is extremely difficult to predict Singapore's future priorities. Will the Singapore of the future still be one of Asia's most liveable cities? Or will the need to ensure that economic growth continues as top priority result in fewer green spaces and more congestion?

It is not likely that the waste disposal, cleanliness, and pollution standards which Singapore had set and rigorously upheld over the past decades will be abandoned.

But it is clear that if there comes a time in the future to protect jobs, incomes, and employment in a world of uncertainty and immense competition from other countries, we could expect the economy to take priority over greenery, including the need for land conservation and protection of nature.

Experts from a variety of fields are working on a book about Singapore's economy and environment, to be released when Singapore reaches 50 next year.

The book, entitled Singapore 2065 and edited by Euston Quah, will include contributions on a broad definition of the living environment, including population and health.

Its aim is to expand on the discussion started in this article: that the relationship between Singapore's economy and the environment is ever-shifting and should not be taken for granted.

The first writer is professor and head of economics at Nanyang Technological University and president of the Economic Society of Singapore. The second writer is an economics teacher at Raffles Institution.