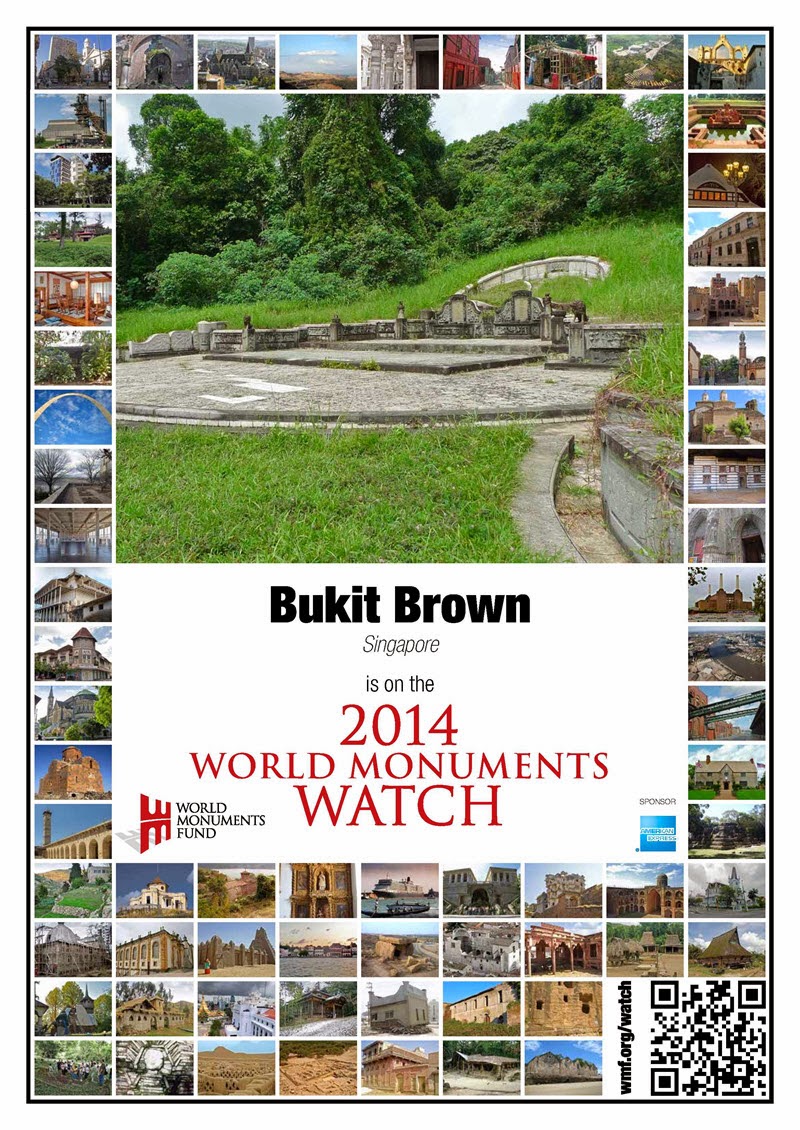 Bukit Brown is at once a study in the social and cultural history of Singapore and a green oasis in the heart of a densely developed urban environment. As a cemetery for pioneering Chinese immigrants from all walks of life beginning in the mid-nineteenth century, Bukit Brown showcases Singapore's origins and connections to regions beyond. Physically manifesting the links between southern China and Southeast Asia are the Hokkien and Teochew tomb designs and their inclusion of local Peranakan as well as European features. Buried at Bukit Brown are prominent Southeast Asian supporters of China's 1911 Republican Revolution. As a World War II battleground and grave site for casualties, including victims of the Japanese occupation (1942–1945), Bukit Brown also serves as a reminder of Singapore's recent past. Descendents and others visit Bukit Brown regularly, not only to pay their respects, but to gain a unique insight into Singapore’s heritage and to experience its great natural beauty and diversity.

In 2013, the government initiated plans to bisect Bukit Brown with a major thoroughfare, and has proposed the redevelopment of significant areas of Bukit Brown for housing in the coming years. This is a significant loss to the families of those interred there, as many graves are being relocated (or unclaimed remains dispensed at sea) for the road construction; but in destroying the cultural landscape of Bukit Brown, it is a loss to all of society. Local groups and residents, as well as the international community, are calling for more transparency on the part of the government and for a participatory environmental impact assessment that would evaluate the full social, economic, and ecological costs of the development plans and the effects on this historic cultural landscape. Inclusion on the Watch seeks to bolster these efforts and promote a better future for Bukit Brown.