The power of local culture

BY INVITATION
The power of local culture

By Wang Gungwu For The Straits Times 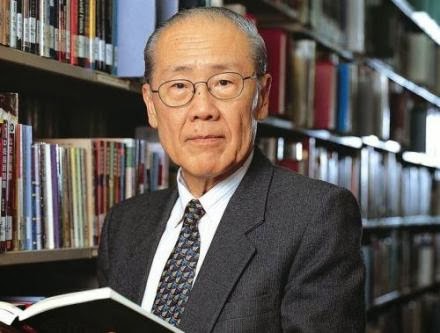 OVER the years, the Peranakan Museum, the Kampong Glam Heritage Centre, the Wan Qing Yuan (Sun Yat Sen Memorial Hall), and many others, have pointed to the growing interest in heritage among the various communities in Singapore. The recent campaign to save the Bukit Brown cemetery marks yet another milestone.

Many would have noted the rise in curiosity about family history and about idiosyncratic designs of a great variety of artefacts, notably dress, furniture, utensils and homes. These are all reminders of how the culture of old customs and practices have survived.

What is striking is that this interest is less about heritage being national and more about it being local. The emphasis on the concrete and the specific is particularly suited to the descendants of immigrants who sense that their links with their ancestral homes have become precarious.

But it is also more than that.

The heritage phenomenon is a measure of cultural resilience, something that comes from living and caring for what is natural and familiar. This becomes important in a bewildering, fast-changing environment when larger, impersonal national and global forces press hard.

What is the source of one’s culture?

In the era of empires, the gap between what was local and what provided the glitter and glory of life among the elites was great.

History records more about the latter than about the former. But the gap also protected local culture precisely because the latter was often ignored, being far from the centre of power.

MODERN nation-states pose different problems. National cultures have been powerfully enabled by modern methods of communication that shape uniform ways of life. New elites also tend to use culture as one of the tests of their citizens’ patriotism and loyalty.

This has been a successful means of producing political unity among so-called “native peoples” in the smaller states of Western and Central Europe.

The strategy is less successful elsewhere, especially in larger states that contain several peoples who have strong indigenous cultures of their own. It is even more of a test for nation-states that consist of large numbers of immigrant peoples who brought their own cultures with them.

In Asia, we have examples of large states such as China, India and Indonesia, each pondering the possibility of cultural conformity. Smaller states with a variety of native peoples are not exempt, notably Myanmar and the Philippines, not to mention the complexities of Afghanistan.

And then there are the exceptional cases such as Malaysia and Singapore that share a similar colonial past. Both have large numbers of immigrants brought there to serve the needs of the British Empire. With empires, all that mattered was the metropolitan culture that provided the standards and ensured order and control. Local cultures were irrelevant as long as they did not stand in the way of civilisational progress.

Local cultures therefore not only survived; they served as badges of pride. In both Malaysia and Singapore, there are numerous examples of Malay, Chinese, Indian and Arab communities that have successfully developed their cultures in response to the dominant West. To their credit, colonial authorities left them alone to do that.

Post-colonial national projects offer a different set of challenges to these local cultures.

At the core of nation-building is the ideal of a multicultural society in which a common value base might be found to reinforce national unity. This appears to be Malaysia’s goal. It wants all its peoples to accept Malay-Muslim ways as indigenous, and therefore the basis of a new national culture.

Singapore, on the other hand, does not speak of an indigenous group. Its many local cultures are to be treated with equal respect, with the expectation that an enriched national culture will eventually emerge. However, since the nation’s dependence on the regional and global economy is absolute, its peoples also enjoy the embellishments of a range of cosmopolitan cultures.

In both cases, there is room for local culture to play a role.

In Malaysia, where cultures are being politicised, this role has always been difficult. Politicians seek ways to harness ethnic- based cultures in order to limit damage to the national fabric. But as different parties seek to unite and re-divide, the outcome is uncertain.

In Singapore, there is more room for local culture to play new roles.

BECAUSE the Chinese are the most numerous, how their various new groupings – such as different clubs, societies and religious organisations – experience cultural retention and change might be a measure of the role local culture can play.

Here the awareness of heritage is an important step.

First, there were the Chinese who lived for centuries in other peoples’ kingdoms and empires. More is now known about their story since the 17th century.

Chinese living in the Malay world thrived by focusing on the local cultures that their ancestors brought from villages in Fujian and Guangdong. They used them as the basis for absorbing the cultures of those among whom they lived. There was no idea of national culture then, and imperial culture was remote and alien.

Then came newcomers in large numbers during the 19th and early 20th centuries. These newcomers were part of a wave of migration that was a response to painful transitions in China.

For them, the movement to new lands included the excitement of national self-discovery. These newcomers made strenuous efforts abroad to educate new generations to build a nation for modern China.

That included the idea of liberating the common people in their newfound land from established elite structures, something that appealed to immigrants who were predominantly working-class. Thus were the hitherto successful Peranakan Chinese pressured by passionate nationalist aspirations that belittled their local cultural adaptations.

A new phase began after the end of World War II. The localised Chinese who lived in the three new nations, of Singapore, Malaysia and Indonesia, had to confront new changes. A few remained proud of their heritage, but many adjusted to nation- building requirements, or turned elsewhere for a new life. The choices that they all made provide fine examples of cultural adaptation.

IN SINGAPORE, local-born Singaporean Chinese are developing local culture that not only draws on ancestral cultures in China but also incorporates the national, cosmopolitan and other local cultures that attract them.

They are experiencing the same challenges of their Peranakan predecessors, except that their encounters include a much wider range of national and global cultures. How they approach that mixed heritage is inspiring fresh interest.

This takes me back to Bukit Brown, to the records of family origins, to the consciousness of the aesthetic and material elements that affect attitudes towards birth, life and death. These remind us that national efforts to create uniformity can be repressive and intolerant, and global attractions that shine briefly do not take root.

It is what flourishes within one’s home and family and is celebrated in our neighbourhood that cuts deeper. For a community to thrive, it is vital for each to defend the right to preserve what its members want.

It may be true that ultimately all politics is local. But it is even more important to recognise that the most resilient and meaningful cultures are also local: grown on one’s land and close to home.

The writer is chairman of the East Asian Institute and university professor at the National University of Singapore.