It studies impact of development and serves as link between Govt, activists 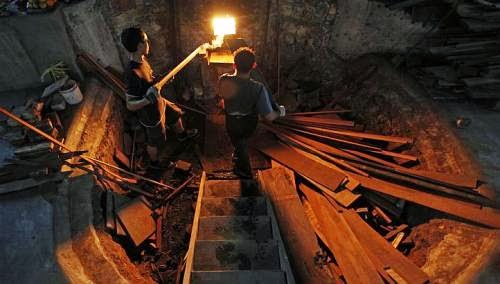 The National Heritage Board's impact assessment and mitigation division contributed to efforts to conserve the Guan Huat dragon kiln (above) and the Queenstown Public Library. -- PHOTO: DESMOND LUI FOR THE STRAITS TIMES


THE National Heritage Board (NHB) has set up a new division to study the impact that development can have on the country's heritage, in the wake of rising civic activism.

Called the impact assessment and mitigation division, it comprises a small team supervised by Mr Alvin Tan, 41, the new group director of policy at the board.

He was previously in charge of three heritage institutions - the Malay Heritage Centre, Indian Heritage Centre and the Sun Yat Sen Nanyang Memorial Hall - among other things.

When asked, NHB said the division was set up on July 1 as part of an "internal re-organisation". Its job is to "conduct impact assessments of redevelopment works on heritage sites and structures and work with the necessary stakeholders to establish mitigation measures".

There has been a growing, ground-up movement in recent years advocating for some of Singapore's built and environmental heritage to be preserved.

Civic groups and the authorities have locked horns in some cases, such as the Government's decision to build a road over Bukit Brown cemetery.

Since setting up, the team has played a mediator role between these civic groups and other government agencies, such as helping to negotiate the lease extension of the dragon kilns in Jurong.

Heritage groups said the establishment of the team has been a long time coming. It also signifies the Government's move away from a more "bulldozer" approach in the 1970s and 1980s to a more engaging one, said Mr Kwek Li Yong, 24, who founded civic group My Community, citing the loss of important buildings and landmarks such as the Stamford Road National Library and the National Theatre over the years.

"The new team serves as a link for civic groups and government agencies, and its assessment efforts help to bridge the expectations of statutory boards and the community," said Mr Kwek.

My Community submitted a paper to the Urban Redevelopment Authority (URA) in July to save 18 historic sites in Queenstown, Singapore's first satellite estate. The NHB team helped assess these sites on their architectural, historical and community merits. It found that eight were of "high heritage value" and three, including the Queenstown Public Library, were subsequently conserved by the URA.

Mr Benson Ng, 54, a managing partner at Focus Ceramic Services, which operates Jalan Bahar Clay Studios at 97L Lorong Tawas - where the 43m-long Guan Huat dragon kiln from the 1950s lies - said he appreciated the team working as an intermediary.

The site had been earmarked for the development of an eco-friendly business park. "Before the team approached us, we didn't know who to approach and how to state our case in terms of heritage value," he said.

The team has also worked on including certain heritage elements, such as the preservation of 20 tombstones of notable Singaporeans, at a 10ha park in the new Bidadari housing estate. It also contributed to the documentation and preservation efforts of Bukit Brown cemetery.

Heritage groups such as the Singapore Heritage Society (SHS) said assessments should be "holistic", and not merely focus on historical research alone but consider both built and social heritage and a site's surrounding environment as well.

Singapore should also look towards common international assessment standards, especially since it has put in a bid to list the Singapore Botanic Gardens as a Unesco World Heritage site, said heritage conservation expert Johannes Widodo.

"This may give Singapore an opportunity to show its ability in nurturing our heritage at the global level and might set a good example for other nations in heritage preservation and management areas," said Professor Widodo, a jury member of the Unesco Asia-Pacific Heritage Awards.

Dr Chua Ai Lin, president of SHS, said that while the society welcomes the new division, the assessment of vulnerable sites not protected by law is just one step in a larger process. The next step is to assess if a further level of legal protection is required.

This requires more than just input from NHB alone, but also an intra-agency effort on the part of the Government and community participation to come to a solution together, said Dr Chua.

The new team serves as a link for civic groups and government agencies, and their assessment efforts help to bridge the expectations of statutory boards and the community.

BOARD GETS NEW NAME

AFTER 42 years of being known as the Preservation of Monuments Board, this government department under the National Heritage Board (NHB) has a new name.

On July 1, it was renamed the Preservation of Sites and Monuments, to "more accurately reflect the division's expanded role of championing nationally significant heritage sites", said a spokesman for the NHB.

These sites include the Singapore Botanic Gardens, which has put in a bid to be listed as a Unesco World Heritage Site.

The division was set up to gazette and preserve national monuments.

There are currently 65 of these. They include the former Supreme Court and Prinsep Street Presbyterian Church.

The division is responsible for identifying monuments worthy of preservation and disburses money for their restoration, repair and maintenance, among other things.

The division is also in charge of promoting 100 existing heritage sites, such as Alexandra Hospital and Changi Beach.