Work on Bukit Brown road set to begin next year

Work on Bukit Brown road set to begin next year

Construction to start once affected graves are exhumed
By Jermyn Chow 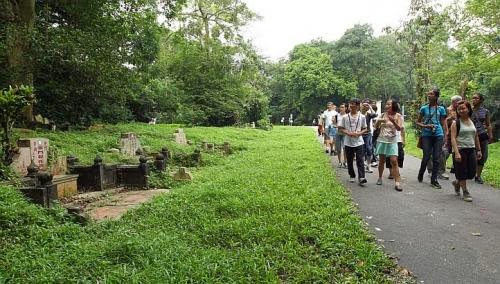 WORK on the controversial new road that cuts through Bukit Brown cemetery will start as early as the beginning of next year after the affected graves are exhumed.

The Land Transport Authority (LTA) said yesterday that it had awarded a tender to local contractor Swee Hong to build the dual four-lane road at a cost of $134.7 million.

The estimated 2km stretch, which will link the MacRitchie Viaduct to the Adam Flyover, is meant to ease peak-hour congestion on Lornie Road and the Pan-Island Expressway.

The road is expected to be completed by the end of 2017, a year after its initial 2016 projection.

The LTA also said that 4,153 of the 100,000 graves at Bukit Brown will be exhumed from the fourth quarter of this year, a deadline which was pushed back from April.

It has already received 1,263 claims for graves, while the rest that would be affected by the new road or are in its vicinity, have been documented by a committee led by anthropologist Hui Yew-Foong.

He will next lead a 10-man team to follow families that are exhuming their ancestral graves.

When contacted yesterday, Dr Hui, who is with the Institute of Southeast Asian Studies and the appointed documentarian of Bukit Brown cemetery, said: "We want to record the rituals or ceremonies that are conducted before the exhumation so that we can preserve the memories, heritage and traditions."

He and his team are also looking to record all artefacts that may be unearthed, like jewellery, bangles or miniature pots.

Construction of the road was first announced in 2011, sparking an intense debate between heritage and nature groups and the Government.

Instead of laying a road flat on the ground through the cemetery, the LTA has already agreed to build a 600m-long bridge to allow wildlife to cross beneath the carriageway.

Dr Chua Ai Lin, vice-president of the Singapore Heritage Society, believes the Government has "done all it can" to reduce the impact of the new road on wildlife and heritage sites.

She also commended the authorities for giving families and researchers more time to document the graves.

She added: "But there were alternatives that were not relooked and that was a missed opportunity for us to prevent irreversible impact on the environment and heritage."