The Land Transport Authority (LTA) has awarded a tender to build a new road linking Adam Road, the MacRitchie Viaduct and Thomson Road via Bukit Brown Cemetery at a cost of $134.7 million. The winner of the tender is local contractor Swee Hong, which is expected to complete construction by end 2017. 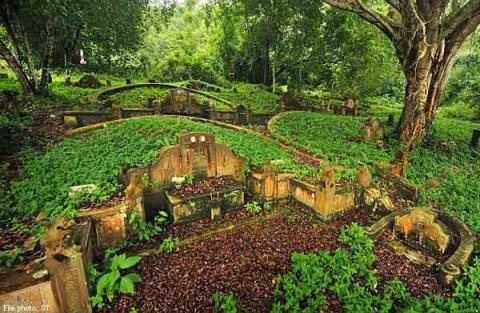 To make way for the road, public exhumation of affected graves will begin from the fourth quarter of this year. LTA has received 1,263 claims for affected graves.

Here is the joint press release from LTA and URA:

The Land Transport Authority (LTA) has awarded a tender to Swee Hong Limited for the construction of a new dual four-lane road connecting MacRitchie Viaduct to Adam Flyover via Bukit Brown Cemetery.

Announced in September 2011, the new road, which includes a bridge over existing streams, will alleviate the congestion currently experienced along Lornie Road and the Pan-Island Expressway (PIE) during peak hours as well as cater to expected growth in traffic demand. The tender will be awarded at a contract value of $134.7 million.

Public exhumation of affected graves to begin from Q4 2013

With the award of the tender, public exhumation of the graves affected by the road works will begin from 4th Quarter 2013. Since details of the affected graves were published in March 2012, LTA has received a total of 1,263 claims for affected graves.

LTA will be contacting the next-of-kin of affected graves who had registered their claims to make arrangements for exhumation.

Construction of the new road will begin in stages after exhumation of the affected graves is completed. While construction is ongoing, members of the public can continue to enter other parts of Bukit Brown Cemetery that are not affected by the road construction. Details of the access routes will be made available to the public when construction starts. The new road is planned to be completed by end 2017.

In view of the heritage value of Bukit Brown Cemetery, the government had commissioned the documentation of graves affected by the new road. A Working Committee formed in October 2011 has completed the documentation of 4,153 graves that would be affected by or are in the vicinity of the new road. Led by Dr Hui Yew-Foong, the Working Committee will continue to research and document the social history, memories, and rituals associated with Bukit Brown Cemetery.

Members of the public can visit the project website at www.bukitbrown.info for more information on the graves. The website currently contains a visual database of the graves that would be affected, including photographs accompanied by Chinese and English names where available. We are currently studying various options to make these documentation findings more accessible to members of the public in future.

We will continue to work with other agencies and stakeholders to commemorate the heritage of Bukit Brown.