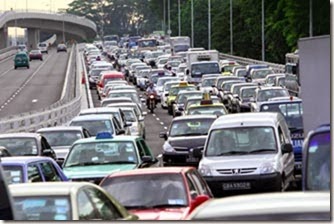 A dual four-lane road in Bukit Brown will be built from early 2013 to alleviate congestion along Lornie Road and the Pan-Island Expressway (PIE) during peak hours.

— ST PHOTO: FRANCIS ONG
A dual four-lane road in Bukit Brown will be built from early 2013 to alleviate congestion along Lornie Road and the Pan-Island Expressway (PIE) during peak hours.

In a statement, the Land Transport Authority added that the new road, to be completed by 2016, will also cater to expected growth in future traffic demand.

The road will link motorists travelling between Thomson Road, Adam Road and the PIE, and is part of the road network that will support future developments in Bukit Brown.

With future developments in the central and northern parts of Singapore, traffic demand along Lornie Road is expected to increase between 20 per cent and 30 per cent by 2020 and well beyond what the current Lornie Road will be able to handle, the LTA noted.

Also, the Bukit Brown area will be developed for housing in the future.

Once the new road is finished, Lornie Road will be converted to a dual two-lane road, and the space freed up will be used for park connectors alongside the existing nature reserve.

But the new road will cut through parts of the Bukit Brown Cemetery. It is estimated that it will affect about 5 per cent of the more than 100,000 graves there.