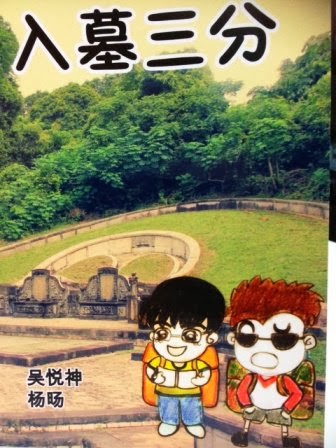 Ever since the government announced development plans and construction of a 8 lane highway through Bukit Brown (Kopi Sua) in mid 2011, it has become a focal point for a young nation developing rapidly and conservation efforts aim to preserve a part of history.

The debate has awakened many a citizens' consciousness of their roots, heritage and culture, and members of the public, civic groups and students all have come forward, to savour the last remaining historic cemetery, the largest of its kind outside China, before scheduled redevelopment takes place.

As a municipal government burial ground, its size of 173 acres (total 392 acres if including surrounding cemeteries) is the burial place of the pioneers and builders of a nation. Although established in 1922, its has many graves dating
to the Qing dynasty era, when other areas in Singapore were cleared for development and re-interned into this government cemetery.

Each of the 100,000 tombs in Bukit Brown tells a story, and reflect various transition phases of an island over a period of nearly 200 years, and also reflect an unique Nanyang cultural, religious and heritage blend of straits born Peranakan and
Chinese immigrants, encompassing a much greater history from a small little red dot than that thought possible.

So I am pleasantly surprised that two Ngee Ann Polytechnic students 杨旸 and 吴悦神 from the Department of Chinese Studies have taken a big step forward to take into themselves to publish their research and experience in Bukit Brown into a book available for the public.

As a breed of new immigrants coming from China, these young students ventured into the difficult hilly terrains of Bukit Brown cemetery, documenting interesting tombs and interviewing those people closely interwined with the fate of Bukit Brown, like the tombkeepers, descendants and tomb researchers. Coming from motherland China whereby most of the Bukit Brown residents originated from, armed with their good Chinese cultural background, they are able to share their experiences in Bukit Brown from an unique and interesting perspective, and give greater depth and their own analysis to the rich material culture of this cemetery.

I hope that by reading this book, the readers would have a broader and deeper understanding of this cemetery,
and why there is a call by civic groups for the government to reconsider their development plan. Just like 杨旸 and 吴悦神 have discovered for themselves, there are pleasant cultural and historical mysteries and surprises for those who take step into this cemetery.

Those who have come and see for themselves can really understand the deeper layers extending beyond merely a tomb structure. For those who still have yet to step into Bukit Brown, this book serve as a first introduction to a rich cultural, heritage and natural site that may give way in future to an urban concrete jungle in land scarce Singapore.