Baba House - A House for the Wees

May 17, 2012
Along Neil Road facing Singapore General Hospital, lies a row of houses that tell the  architecture, history and heritage of an era gone by.

One of these houses has been restored by a donation by Ms Agnes Tan, the last surviving daughter of the late Tan Cheng Lock.
This donation was given to the University to acquire a traditional Peranakan house along Neil Road belonging to the Wees,
that tell a story that span 6 generations.
On a nice evening on May 15, 2012,  a group of Bukit Brown volunteers met up in front of this house, to get a glimpse of this history and perhaps
find any connection between this house and Bukit Brown. 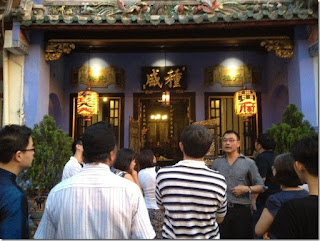 Front view of the house at Neil Road, formerly 56-13 Neil Road, now 157 Neil Road, popularly known as Baba House
A guide explaining to Bukit Brownies the history and heritage of Baba House. The lanterns displayed The Wee Residence
and the Qing Dynasty title of the Wee ancestors.
Taken from Song Ong Siang 100 Year History:
A firm that was rapidly becoming prominent in Singapore in the 1860's was Wee Bin & Co. chop Hong Guan in Market Street. This firm carried on business as Merchants and Shipowners, owing its existence to Mr. Wee Bin, who was born in China in 1823. The firm at first began business relations with various houses in Bali in the Dutch Indies, and eventually became the greatest importer of products from that port. The firm also traded in all kinds of earthenware, and later on built up a fleet of over twenty vessels for the Chinese and Dutch Indies trade. Mr. Wee Bin led a strenuous life, devoting all his time, attention and energy to his rapidly expanding business. He was twice married and died in 1868 at the age of 45, leaving an only son, Wee Boon Teck, and an only daughter (Wee Chee Ha) who became the wife of Lim Ho Puah. 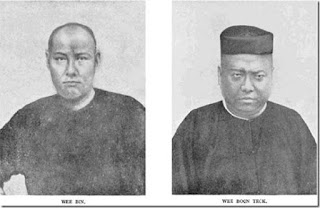 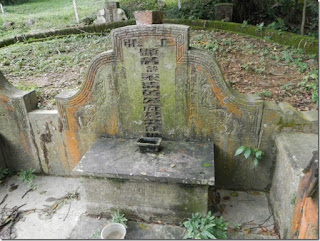 Tomb of Wee Eng Cheng in Bukit Brown.  His wife Ang Ping Neo died just a year after he died, leaving behind
an infant son and a daughter.  Both Mr and Mrs Wee tombs were staked by LTA for the proposed highway project.
Wee Eng Cheng infant son Seck Hock (name inscribed on the tomb) passed away in Baba house in 1971, at the age of 54.
Lim Peng Siang died in 1944 and Wee Guat Neo,  Wee Boon Teck daughter, died in 1950. 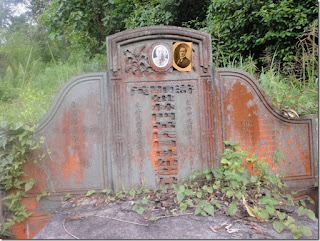 Wee Guat Neo tomb in Bukit Brown Cemetery.  Lim Peng Siang was originally buried in Bukit Brown in 1944, but a few years later was exhumed and his ashes
brought back to China in accordance to his will
Ho Sok Choo Neo now Mrs Tan Moeng Tho, also donated sometimes to school under her own name and also her late husband Wee Siang Tat name for example she donated
$5000 under her own name and Wee Siang Tat name to Singapore Chinese Girl School, the school in appreciation named 3 classroom after them in 1925.
In 1919, Ho Sok Choo Neo became a widow again. But not for long.
In Feb 1928, Ho Sok Choo Neo married for the 3rd time, this time to Paul Wee Siak Leng who have earlier been divorced by his wife in High Court in Nov 1925.
However, this marriage did not last long, and they published a notice in ST on Jan 17, 1929 that they are separated.
On 4 Jun 1932,  Wee Siak Leng remarried again.
On 18 Sep 1931, Sep 18, Ho Sok Choo Neo died at the age of 57.  She was buried at the Hakka Cemetery off Holland Road, whereby her second husband Tan Moeng Tho whom
she reared 6 children was also buried. 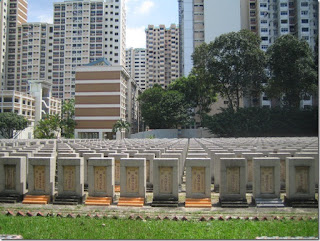 Today both the reburied tombs of Ho Sok Choo Neo and Tan Moeng Tho stood side by side among the row of neat tidy rows
of tombs in Ying Foh Kuan Shuang Long Shan Hakka Cemetery.  Tan Moeng Tho, her husband had originated from Jiaying county, a Hakka county. 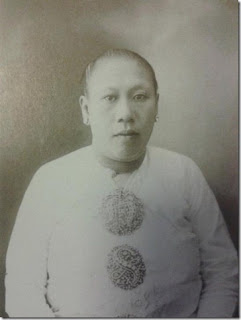 Pic of Ho Sok Choo Neo (from family portraits from the Lee Brothers Studio)
As noted by a Peranakan culture expert Norman Cho, she was wearing kerosangs made of huge solitaries of rose-cut
diamonds called intan that spelt out the monogram of her name Ho Sok Choo : HSC.
Although her life was clouded by controversies including various law suits concerning her administration of her late husbands various estates,  she lived a merry and
wealthy life and dared to live and love.
-----------
In the front façade of the Baba house,  on both sides were written the Chinese Characters :  朝乾夕惕,  which means to work hard and diligent throughout the day without carelessness or sloppiness.
And the signboard in front of the house : 種盛 –  Abundance arising from planting / growing
There is also a pair of phoenix of the cut and molded ceramic type known as "jian nian", found on the roof of the groundfloor.
http://bukitbrown.com/main/?p=2772
There are also  many beautiful wall decorations inside this house of Wee, including that of Guo Ziyi, who was much blessed with wealth, happiness and descendants in his life, so much
so that he was later immortalized as the God of Wealth and Happiness.
http://en.wikipedia.org/wiki/Guo_Ziyi
There was also the wall panel of Zhang Zhong Yi (578 to 676 CE), and his recipe of a family staying together for 9 generations.
http://baike.baidu.com/view/1163129.htm
It was said that the Tang Emperor at that time paid him a visit to learn of his secret of staying and living together, generations after generations,  he just said:
"I am an ordinary man with no special talent, but I was taught from young from my ancestors:
Be sincere and treat people with a humane and lenient heart with love and compassion,  and above all, just remember one word : be tolerant.
With that, he wrote out down the character "忍" – Tolerance a hundred times.
Today the house of Wee and the tombs relating to the Wee family found in Bukit Brown Cemetery and the Hakka Cemetery stand  testimony to the celebrations and tribulations of life.
The one single word for family togetherness that applies a thousand years ago still applies today to family and matrimonial harmony : tolerance
------------------
References:
Newspapers archives
National Oral Archives
One Hundred Year History of the Chinese in Singapore
http://singaporetmh.blogspot.com/2011/12/blog-post_14.html
Stories