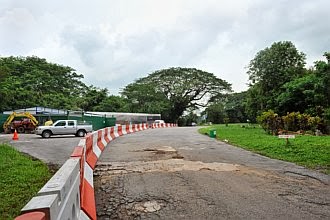 A statement by seven groups argues that plans to develop housing and transport infrastructure in the Bukit Brown area cannot be made while national discussions are under way over housing, transportation and immigration. -- ST PHOTO: NG SOR LUAN

AFTER more than two hours of listening to officials last night, representatives of several environment and heritage groups emerged from the closed-door meeting unconvinced that a road had to be built across part of Bukit Brown Cemetery.

They released a statement at 10.25pm calling for a moratorium on all works at Bukit Brown.

They also criticised the way the meeting, chaired by Minister of State for National Development and Manpower Tan Chuan-Jin, was handled.

They argued that plans to develop housing and transport infrastructure in the Bukit Brown area cannot be made while national discussions were under way over housing, transportation and immigration, and before the public has had a chance to fully consider the details of the proposals.

This includes releasing detailed findings of studies of biodiversity and hydrology, as well as projections on housing and transport.

They said: 'This moratorium should be in place until there is clarity over long-term plans for the area and discussions over alternatives have been exhausted.'

In their eight-point statement, they also alleged that government agencies had postponed a Feb 20 meeting that the groups had requested with 31 of their representatives, only to have the Ministry of National Development (MND) invite only a few of the original 31 representatives, and others, to last night's meeting. It was held at the Urban Redevelopment Authority headquarters in Maxwell Road.

Together with the decision to limit the representation of groups to one person from each group, they said, these moves 'give a strong impression of the lack of good faith on the part of MND'.

They also objected to the meeting being held after the Land Transport Authority (LTA) had already announced its road plans to the media earlier yesterday morning, and alleged that they were told no time would be given at the meeting for them to make their own presentations of alternatives. 'We regret that this meeting has largely turned out to be a unilateral dissemination of information by particular agencies,' they said.

The LTA had embargoed the release of the road plans until 9pm.

Mr Tan acknowledged last night that the decision to go ahead with building the road disappointed those who wanted to conserve Bukit Brown. In a Facebook post at about 9.30pm after the meeting with the groups ended, he said the decision was not an easy one. 'While we have not been able to fully accommodate their wishes, we have taken many of their views into consideration,' he said.

This included a serious documentation of the affected graves, following advice from the Singapore Heritage Society. The road design also factored in feedback to minimise impact to the cemetery, hydrology and biodiversity, he said.

'Going forward, we need to continue with these conversations,' he said. 'We are now looking at working with interested stakeholders on public outreach to commemorate the history and heritage of Bukit Brown even as we continue with work on documentation.'

Preliminary documentation of affected graves was completed earlier this month, and a team of researchers and field workers will continue to document the family histories, stories and memories associated with the cemetery, as well as the rituals carried out during the Qing Ming festival and exhumation of graves, the LTA said.

Public exhumation of affected graves will begin from early next year to give the next of kin more time to register their claims, it added.

Members of Parliament like Ms Lee Bee Wah, Mr Seah Kian Peng and Mr Lim Biow Chuan, as well as political observers interviewed, felt that the latest plans reflect an effort to strike a balance among competing interests, and were the result of active consultation and engagement with various interest groups.

'Singapore is so small and needs land for redevelopment. We need to strike a balance,' said Ms Lee, chairman of the Government Parliamentary Committee for National Development and the Environment.

Asked if the authorities had accomplished this in its latest decision, she said: 'It shows there is give and take. There are bound to be people who have differing views, but sometimes it's difficult to make everyone happy.'

Dr Hui Yew Foong, an anthropologist from the Institute of South-east Asian Studies, who heads the documentation efforts, declined to comment on the elevated road project when contacted, saying it made 'no difference' to his work. 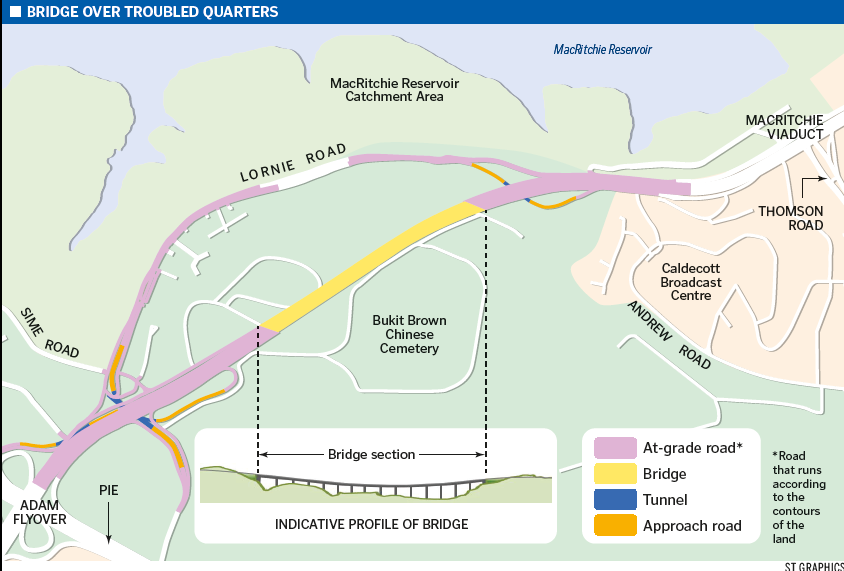