The effort will now include collecting the global positioning system points of the affected graves, to allow a three-dimensional mapping of the cemetery. The authorities are looking beyond heritage experts to cemetery and Chinese cultural advisers, concerning the graves that a new road might cut into. -- ST PHOTOS: TED CHEN

Work to record some 5,000 graves at Bukit Brown may have started more than a week ago, but the exercise has now grown from an initial 10 to 290 field workers, and with new technological tools to boot.

A new historian has also come on board to record the oral histories of the area's former residents. These, when compiled, will be available at the National Library from 2013.

The committee is there to help the documentation team gain access to the various interest groups when needed.

The authorities, meanwhile, are looking beyond heritage experts to cemetery and Chinese cultural advisers, concerning the graves that a new road might cut into. It is understood this would enable the Government to find a path that would leave the least impact on the graves.

Such efforts to balance preservation and redevelopment in this new consultative climate are unprecedented - something civil servants and civic society both acknowledge. When Kwong Hou Sua and Bidadari cemeteries were dug up between 2001 and 2009, precious little of their records was stored.

In Bukit Brown's case, however, the body of knowledge about its graves has grown with time.

Yesterday, the cemetery's appointed documentarian, Dr Hui Yew-Foong, announced that the exercise would now include collecting the global positioning system points of the affected graves, to allow a three-dimensional mapping of the cemetery.

For the two former cemeteries, there was no budget, and attempts to record its graves - if any - were done on a smaller scale, said Dr Hui, 39, who worked on documenting Kwong Hou Sua for a year in 2008.

The anthropologist said of his efforts back then: 'It was amateurish. I was still trying things out.'

Over the last three months, the Government has also helped to open doors for him at its various ministries for the documentation work.

'If I want maps, I get it. Information is available,' Dr Hui said.

Significantly, the state has put forward Minister of State for National Development, Mr Tan Chuan-Jin, who led the rail corridor talks, to clarify the Government's position on Bukit Brown.

He has, in turn, drawn the top brass from various government agencies - including the URA and Land Transport Agency (LTA) - to meet and field questions from both interest groups and the media about the area's redevelopment plans.

Dr Chua Ai Lin, a historian and committee member of the Singapore Heritage Society (SHS), recalled one such meeting last month where five SHS members, including herself, met more than 20 ministry officials to talk about Bukit Brown's future.

The meeting lasted over two hours. 'We asked them so many questions... Nothing like this has ever happened before,' she said.

Mr Tan himself often posts comments, and replies to questions from heritage activists, on Facebook.

Responding to The Sunday Times' queries about these new channels of dialogue, the minister said that while it is true that such efforts were carried out to a lesser degree for other cemeteries, he hopes the Bukit Brown issue can 'refresh' the perspectives of both the Government, and cemetery and heritage conservationists.

'My colleagues in URA and MND (Ministry of National Development) share a similar belief in the importance of preserving our heritage and history... This effort with Bukit Brown Cemetery is important,' he said.

According to survey data from LTA, the proposed road may cut into the cemetery's hilly areas, where the remains of many of the country's pioneers lie.

Many who oppose the road works have argued that these should be kept for their historical and educational value.

Mr Charles Goh, 43, a cemetery guide, said it would be impossible if one had to choose one pioneer over another to be moved.

'If you curve (the road) left, you affect Nee Soon and Chong Pang. Curve right, and it is Kheam Hock and maybe Eng Neo.

LTA said it is unable confirm the road layout as its engineers are still investigating the area.

While it looks like the Government is making major concessions this time to make sure it meets the expectations of the various interest groups, some political observers and heritage leaders put all the effort down to a matter of public relations.

Law professor Eugene Tan said because the decision to develop Bukit Brown seemed to be 'firmly made' when it was announced, consultations have struck many as a case of 'damage control'.

And while its public relations may have improved, the fact is that the Government continues to 'arrogate to itself decisions on key policies', said Mr Derek da Cunha, a political commentator.

Striking a more sympathetic tone, Dr Shawn Lum, president of the Nature Society (Singapore), said he found the Government to be sincere in balancing development and heritage pressures.

'To be fair to the planners, they have really agonised over this.'

Bukit Brown will be a 'test case of sorts' for state and civil society relations, said sociologist Tan Ern Ser.

In the end, he said, the issue has to be decided 'by the people, in partnership with the Government, and for the people'. 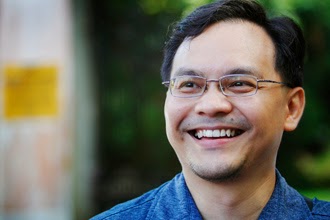 Dr Loh Kah Seng, an independent historian, will record the oral histories of the area's caretakers and former residents to reconstruct a sociocultural map.

The committee for the Bukit Brown documentation project has added a new member, Dr Loh Kah Seng, to its team of heritage experts.

Dr Loh said his job in the committee was to record the oral histories of Bukit Brown's caretakers and former residents, in order to reconstruct a 'sociocultural' map of the cemetery that detailed where its kampungs, or villages, and religious spaces used to be.

He said that while some people might think it was unusual to include real-life interviews for a cemetery project, that only showed the need to encourage the viewpoint that the living and dead were not 'separate'. Bukit Brown Cemetery, he said, was a case in point.

'The cemetery encouraged the settlement of villages to provide services, such as tombstone engraving, for visitors, and jobs such as grass cutting and tending to the graves,' said Dr Loh. 'In turn, these services provided by the village played a role in reinforcing family and cultural relationships.'

Dr Loh, who is married, received his PhD in history from Murdoch University in 2009. He has lectured in various universities and is a former junior college teacher.

His research interests are in social history and memory.

Dr Loh said he hoped his work at Bukit Brown would inspire people to see that efforts to document a cemetery are not an 'alien' idea.

'It's not just a burial ground that we are documenting. Cemeteries are part of the history of living.'

Anyone who has information about Bukit Brown's former residents can call Dr Loh on 8198-1172. 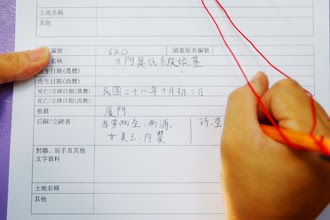 A volunteer documenting the graves at Bukit Brown. It is back-breaking work - field workers have to first clear tombs of leaves and scrub their facades. -- ST PHOTO: TED CHEN

Over seven days, 561 out of some 5,000 graves said to be affected by a new road into Bukit Brown have been successfully documented.

The graves are in the Seh Ong cemeteries located at the gates of Bukit Brown, between Sime Road and Kheam Hock Road.

Dr Hui Yew-Foong, the anthropologist tasked by the Government to do the job, gave this update at a media tour of the site yesterday.

He said that the documentation work began on Dec 1. On average, field workers clocked in about 100 graves a day. But the first two days yielded considerably fewer graves due to rain. They work from Tuesdays to Saturdays.

Dr Hui has until March next year to complete all 5,000 graves. He said the team was maintaining a 'reasonable pace'. As long as the weather holds up, the project would be on schedule, he added.

But it is back-breaking work. To document the graves, field workers set out in pairs, in the morning. First, they clear the tomb of brush and fallen leaves, then proceed to scrub its facade with water.

After it is cleaned, one person records the tomb's inscriptions; the other takes photographs from various angles.

A regular-sized grave can take up to 30 minutes to document.

Graves that are typical of a certain style - Teochew, Hokkien, for example - or of exceptional design will also be copied and archived.

In the afternoon, field workers return to review their data and check for errors.

Some 300 people have signed up to help. Most are volunteers.

Mr L.N. Chua, 35, said he decided to pitch in since he was between jobs. 'I'm just doing something I think is useful,' he added.

For university student Goh Chye Kim, 24, it was an opportunity to learn more about Chinese heritage, said the Chinese studies student from the Nanyang Technological University.

Meanwhile, a new bilingual petition, SOS Bukit Brown, to halt construction works in the cemetery was launched online last Monday by a group who said they are artists, educators and writers.

Signatures have to be submitted by post, or e-mail. Its aim, said its creators, was to collect 100,000 signatures - 'one for each grave', by the end of the month.