Together in life, together in death - the tomb of Mr and Mrs Tay Geok Teat

April 05, 2022
In Bukit Brown,  there lies a family cluster of tombs transferred from Alexandra Road.

If one is to take a closer look at the tomb,  there is no distinguishing feature of the husband and wife behind one of the tombs.

Few would realize that underneath the tomb lies one of the foremost merchant before the turn of the 19th century, importers of European goods of every description...

here is the story of one of the many tombs in Bukit Brown, waiting to be discovered: 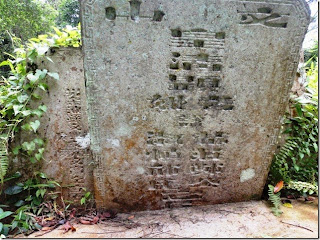 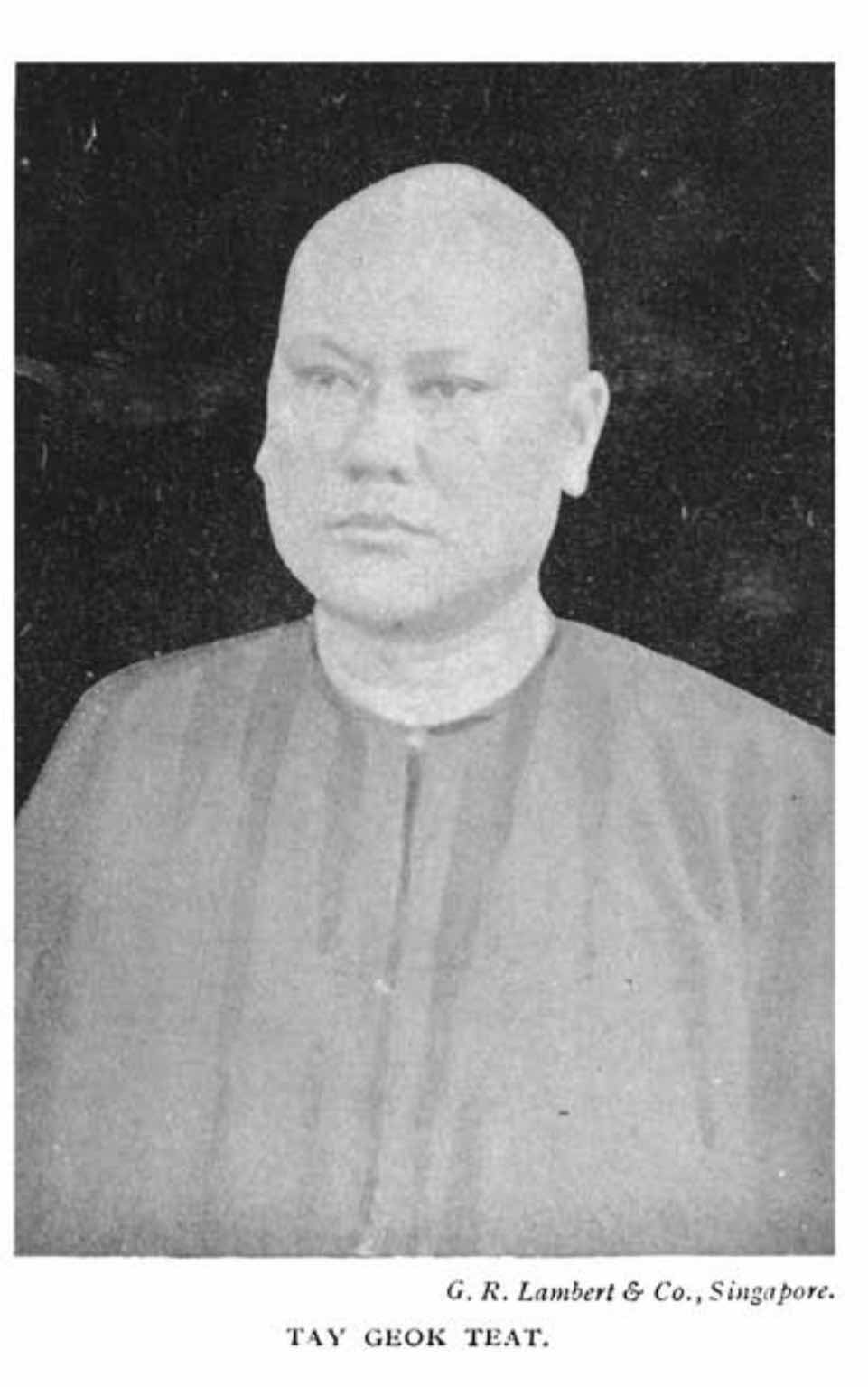 Tay Geok Teat was born in Malacca in 1832, being the son of  Tay Song Quee, a native of Cheangchew, China, who emigrated to the Straits and settle down as a trader in Malacca in the early part of last century. Mr Geok Teat came to Singapore when he was quite a boy. He was for a brief period a member of the Municipal Commission.  In 1871 he took his  son Tay Kim Tee into his business, and on his death on the 21 Apr 1893 Mr Kim Tee continued to run the firm of Geok  Teat and Co with much success until 1906 ......

The Late Mr Geok Teat  was a well known and widely respected resident in Singapore, having been connected with the place during the greater portion of his career.
Born in Malacca about sixty years ago, in 1868, he commenced business as a shopkeeper on his own account.  And he gradually rose by his own exertions until he had attained his present position.  Being of a retiring disposition he shunned publicity, and at no time took a very active part in public business.
He was a member of the Municipal Commission for some time, resigning only on account of the death of his wife which he appears to have felt deeply as he is said never to
have been the same man since.

He left behind him an only son and partner in his business, Mr Tay Kim Tee. The godown in
Battery Road was closed during the day
--Singapore Free Press and Mercantile Advertiser 21, Apr 1893, pg 2 - The Late Mr Geok Teat 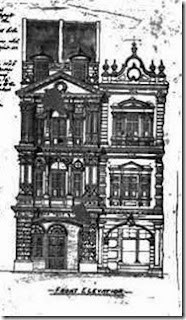 A plan of Geok Teat & Co in Raffles Place 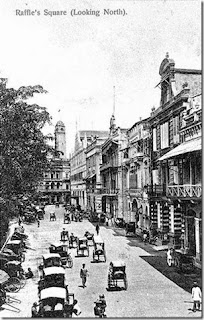 Pic from PICAS.  I believe the godown of Geok Teat & Co is among the row of buildings here

He was also a contractor for Pulau Ubin granite

In 1863, Chia Ann Siang was his partner in his firm Geok Teat & Co
His firm as advertised in those day "Importers of every description of
European goods"

In 1883, Lee Cheng Yan toured Europe with Tay Geok Teat,
paying special attention to the manufacturing towns in England. The local press billed the two businessmen as the first Straits-born Chinese to visit Britain for commercial purposes.
According to Brenda Yeoh, in 1892, Tay Geok Teat, applied for permission from the Municipal Board to make 2 graves, one for his recently deceased wife, and one for himself, on a piece of land in Telok Blangah where nine family graves were already sited (MPMCOM, 26 Oct 1892)
His wife Madam Khoo has died in Oct 1892.  He died six months later on 21st Apr 1983 at the age of 60

"The performers attended by permission of Mr Tay Kim Tee, and were his children who with some others composed " the family drum and fife band" of the late Mr Tay Geok Teat. The eldest performer (clarionet player) is 14 years of age, and the youngest is 7 years of age.  To the eldest, falls the duty of transcribing the piano music to the band scores.
The members of the band were taught and trained by Mr Tay Geok Teat, and certainly their performances yesterday did great credit to that deceased gentleman's tuition.  The performers kept very good time, and the way the drummer handled his instrument would have gladdened the hearts of some admirers of that instrument in the Philharmonic Society...