Looking back for directions forward

As Johor prepares for a modern future with the development of Iskandar Malaysia, Satiman Jamin delves into the past for lessons in sustainable growth

PROGRESS and development has come full circle in modern Johor as the state gears up for an even bigger leap forward with the completion of Iskandar Malaysia.

A region about three times the size of Singapore, Iskandar Malaysia was inspired by the Kangchu system.

In fact, when it was first introduced, the visionary, integrated development project was hailed as the modern equivalent of the system, within which investors would work hand in hand with the locals to drive Johor to greater economic heights.

Not many realise that the modernisation of Johor started in Kangkar Tebrau. In its heyday, Kangkar Tebrau was the epitome of the success of the Kangchu system.

The system was implemented as many areas in Johor back then were not accessible by land.

To speed up the opening of new agricultural areas in Johor, Temenggung Daeng Ibrahim and his successor, Sultan Abu Bakar, issued surat sungai -- temporary grants allowing Chinese merchants and investors to open up vast tracks of riverside land, hence the name "Kangchu" which literally means "lord of the river".

The activities in the region were largely agricultural, and the main crops were gambier and black pepper, for the simple reason that these crops had a fast turnover and could fetch handsome prices.

The areas around Sungai Tebrau, Sungai Plentong and Sungai Skudai were among the first to be opened up under the Kangchu system.

The plantations near Sungai Tebrau became the fastest growing area.

Kangkar Tebrau was soon established as a settlement by the influx of workers and investors and flourished into a bustling town called Bandar Kangkar Tebrau.

As evidence of the importance of Kangkar Tebrau at that time, even Sultan Abu Bakar and the British governor in Singapore saw it fit to make a trip there in 1900.

But as the trade in gambier and black pepper declined, so did the many riverside settlements around it.

Kangkar Tebrau's hordes of merchants left as abruptly as they came, and the once important trading hub was abandoned as quickly as it was filled.

It was never to regain its position as Johor's economic hub.

Today, three forlorn rows of dilapidated shops are all that remain of Kangkar Tebrau, with no hint of its former grandeur.

These shops are but a fraction of the many commercial buildings that once stood tall and proud in that trading hub.

The gambier plantations did not go to waste as the land was later used to plant rubber trees. Many of the rubber plantations are now housing estates.

Taman Daya, Taman Istimewa and the numerous housing estates there may be much bigger and grander compared to the old Kangkar Tebrau, but they owe their existence to the riverside town.

The signboard near the Sungai Tebrau bridge proclaims Iskandar Regional Development Authority (Irda)'s undertaking of a rehabilitation programme for the river which has been reduced to a polluted waterway over the years.

The rows of shops are left to crumble away.

Much precious information can be gleaned from the history of the tiny town, which had helped put Johor on the world map a century ago.

As the modern day flag bearer of the Kangchu system, and as the backbone of Johor's journey into the next century and beyond, Irda would do well to examine the rise and fall of Kangkar Tebrau in the span of just one century. 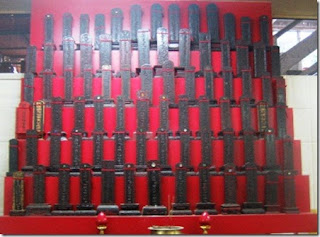 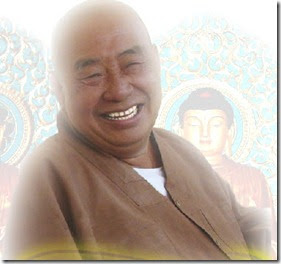 Abbot Kwang Xuan decided to house the historical tablets in his temple
One of these tablets bore the name of Tan Kai Soon.  It was with information from this tablet, that we now know the birth and death date and where he came from.
Who was this Tan Kai Soon?
---------------------------------------------------
In 1844,  a young man of age 41 obtained a surat sungei to open up areas for pepper and gambiar plantations.  He was Tan Kai Soon,  a leader of Ghee Heng,  a anti Qing Pro Ming secret society.  Together with some of his followers, he crossed the Straits of Tebrau (Johor Straits) and entered into Sungei Tebrau.
Sailing through the river further inland,  he saw a vast tract of land,  a place where he can establish his farm,  and because it is also quite deep inside,  sometime like a refuge place, not dissimilar to the lair of the 108 heros of the
Water Margin. 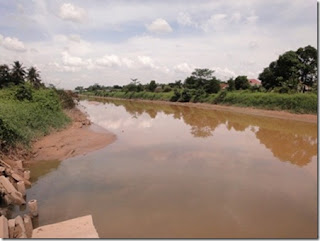 Sungei Tebrau
Tan Kai Soon at that time was the supreme leader of Ngee Heng in Johor.  4000 of Ngee Heng followers would soon follow him from Singapore and settle in Tebrau.    Pepper and Gambiar plantations soon blossomed.  It would become a bustling Kangchu area,  which was named Tan Chu Kang. 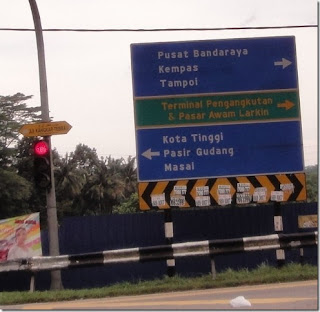 Around Kangkar Tebrau (Tan Chu Kang) there was a road at that time known as Jalan Kangka Kechil.
This wooden road sign, the oldest of its kind in JB, indicate Jalan Kangka Kechil in Chinese, Jami and Romanized Malay, had been in the vicinity for more than a century.
As usual, with other Ghee Heng members,  Tan Kai Soon worshipped Xuan Tian Shang Di, and he started the very first temple in Kangkar Tebrau in the same year he landed in Tebrau. 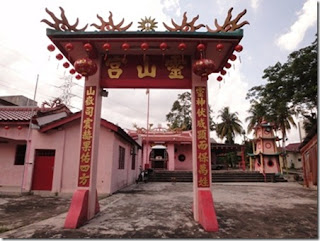 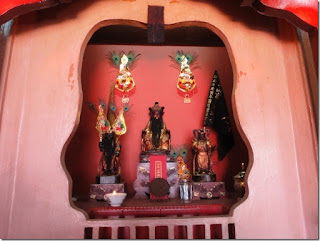 It houses 3 deities,  Xuan Tian Shang Di,  Zhao Da Yuan Shuai and Hua Guang Da Di
Around the same period,  the settlers found that the river contained many crocodiles.   Moreever, there were tigers and other wild animals found.
A protective deity was needed to protect them from these pestilences. 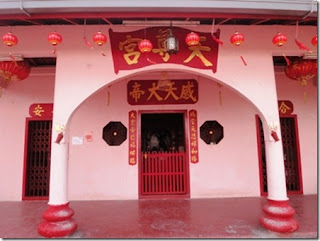 A nearby temple was established whereby the boats would landed and whereby  the settlers disembarked.
The deity was a Teochew Pek Kong – Gan Tian Da Di 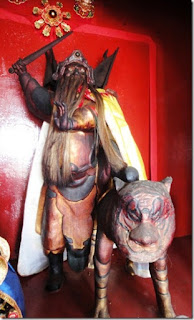 With a sword in hand, one leg firmly on the ground and one leg straddling a tiger,  he would offer the settlers protection from all evils and beasts.
It was believed that the joss urn from these 4 deities were brought to the Johor Old Temple which was established around 1870.
http://en.wikipedia.org/wiki/Johor_Bahru_Old_Chinese_temple
After 30  years of settlement,  the Hainanese population in Tan Chu Kang also grew,  and the first Hainan Association in Johor was also set up in Tan Chu Kang. 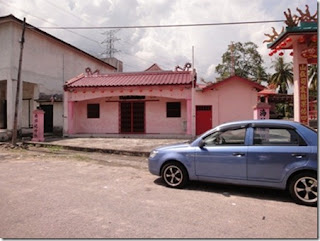 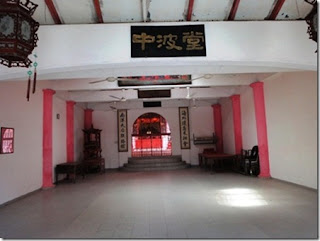 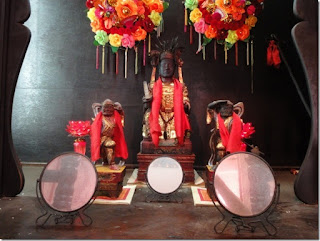 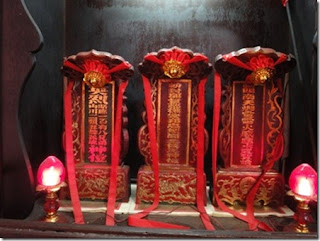 Not forgetting the 108 brothers and Shui Wei Niang Niang 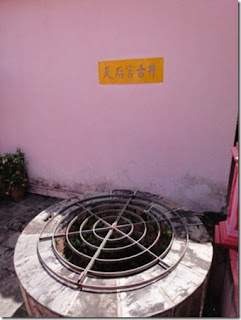 Near the Tian Hou temple, there was a well.  It was the only well for miles that yield clear water suitable for drinking.
It was the drinking source for 5000 inhabitants of Tan Chu Kang in the hey day.
Tan Kai Soon was not only the leader of Ghee Heng but also the first Kapitan in Johor.  He died in 1857 and was buried inside a rubber plantation in Tan Chu Kang.  However the land where he was buried was sold to a developer.  His grave was never found again and was believed to be leveled off and tombstone removed. 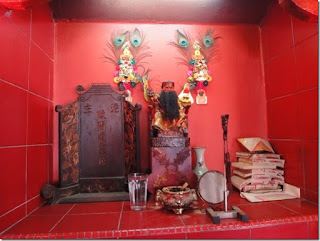 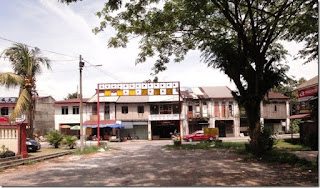 Present day Tan Chu Kang
Today, Tan Chu Kang has reached a full circle.  It is now run down with only a few families and few shops from its previous heyday .
But it has 3 old historical temples and a history of being the first settlement in Johor Bahru from Singapore.
Someday perhaps, it will begin to start a new cycle again and attract a new breed of settlers.
Raymond
NB:  Tan Kai Soon adopted son succeed him as Kapitan and as Kangchu but not as Ghee Heng leader.  The Ghee Heng leader who succeeded Tan Kai Soon was Tan Hiok Nee who was made
a Major China,  since there were two Kapitan China at that time.
Stories