How Eng Neo Avenue got its name

A Tree and a Grave Find

It was at a paranormal fair held at Heeren in the middle of 2008 that we received a tip off from a Filipino maid.

She said that there was one big tree near the house where she worked where she heard from someone that there was a spirit living in that tree and that occasionally someone prayed at that tree.   Perhaps we could discover something strange there. 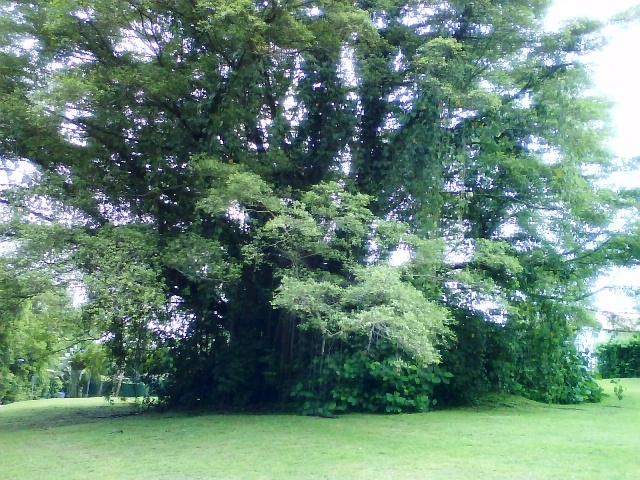 Acting on the tip off, we then went forth to investigate the tree, which turned out to be a big banyan tree in a roundabout in Eng Neo Avenue

There we found an urn which was used for praying,  but also we found a tombstone fragment which was the Fu Shen which usually formed part of a tomb complex.

Fu Shen is the protective deity for tombs.  From the shape and design of the Fu Shen, we could deduce that it most likely belong to a prominent family, and dated around early 20th century. 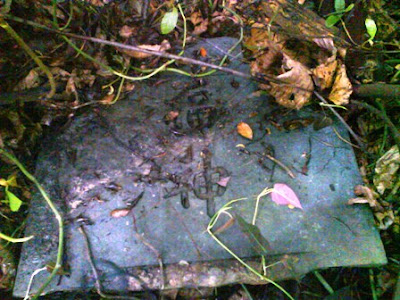 The Fu Zhen is very big, so much so that we can be sure that it would have come from a very big tomb.

Could this area be a former graveyard?  We asked ourselves. We decided to research further into the land history.

The land that Gaw brought

Gaw Boon Chan came with his wife and children from Semarang in or around 1900.

From our research from the land deed records, we found out that Gaw Boon Chan (Tjhan) bought over the land in 1900 when he came over to Singapore.

After his unfortunate death in 1911, his wife  became the adminstrator of his estate which cover the whole of the 21 lots shown below. 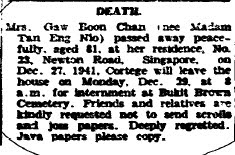 Tan Eng Neo in a will dated Jul 1938 appointed Kwa Siew Tee and the eldest son among her three sons Gaw Khek Swee, Gaw Khek Chew and Gaw Khek Jim to be the executors and trustees of her will.  5 years from the date of her death the land and properties will be sold, realised and converted into ready cash all such part and to divide the among the trustees.

Execution of Tan Eng Neo will was slightly delayed by the war, but finally on 27 May 1950,  nearly all her properties were auctioned off, including the which included the grave.

The birth of Eng Neo Avenue

There is only a crown reserve road linking Dunearn Road to the land owned by Tan Eng Neo. We can briefly make out the big plot of land from the faint lines drawn on the FMS map, but no road yet in 1938. 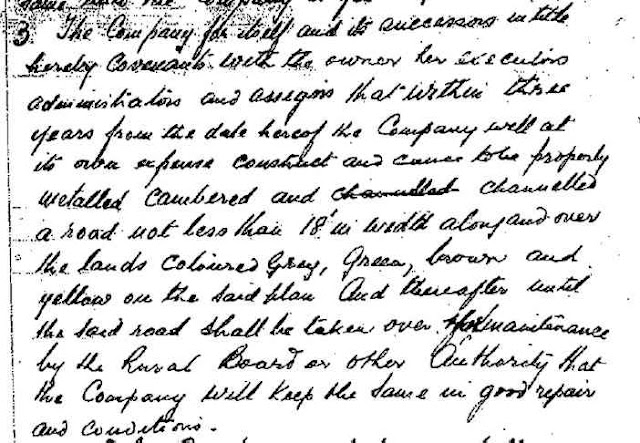 In a land deed dated 2nd Aug 1939, the Bukit Timah Rubber Estate Ltd agreed to construct a road not less than 18 ft around

the land owned by Eng Neo. They also need to take care of the road until the road was taken over by the Road Board or other authority.

The period of construction shall not less than 3 years from the date of that agreement.  This was in consideration of a land exchange deed between

According to the street directory map of 1953, Eng Neo Avenue at that time was still a private road. 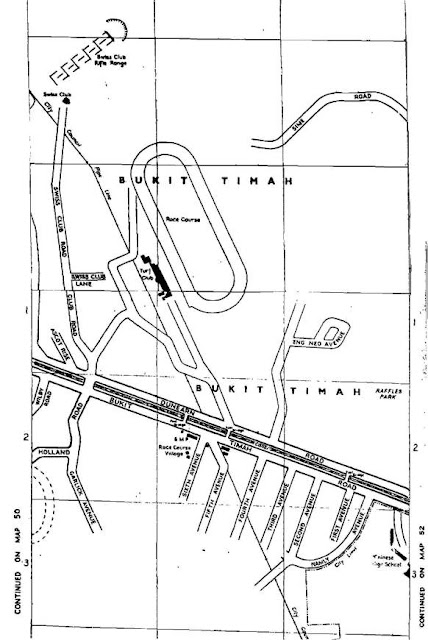 You can see that Eng Neo Ave is a private road joined by an access road to the public highway known as Dunearn Road. 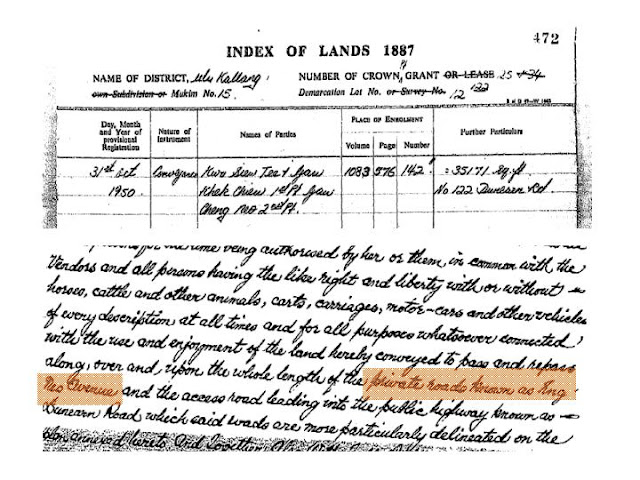 Eng Neo became a public road only after 1976, whereby previously a residence there  named as 122 off Dunearn Road,  would now be renamed as 112D, Eng Neo Avenue

Also since Gaw Boon Chan died in 1911 while owning the land, we believe the land to be that to be a private burial ground for the Gaw family. From the big size of The Fu Shen we found, we think that there is a possibility that the Fu Shen is part  of this grave complex and could be that of Gaw Boon Chan

From the plot of the land above,  one could see in Lot 21 there is a very big grave drawn there, and Lot 20 is where we found the big tree.  After the tomb was cleared,  one part of the fragment of the tomb complex was left behind under the  canopy of the big tree.

From the above, there is no doubt in our mind about how Eng Neo Avenue got its name.

If it is not for the information provided by the Filipino maid, and the piece of tomb fragment that we found,  we might never have gone deeper into this research to find out about the origin of Eng Neo Avenue.

Now the magnificent banyan tree is gone in the name of development,  and the landscape has changed forever there.

The tomb and the tree might have been gone,  but at least the history and memory of Gaw Boon Chan and his wife, Mdm Tan Eng Neo and how the road came about remain.