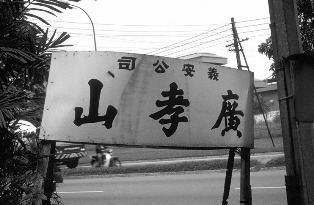 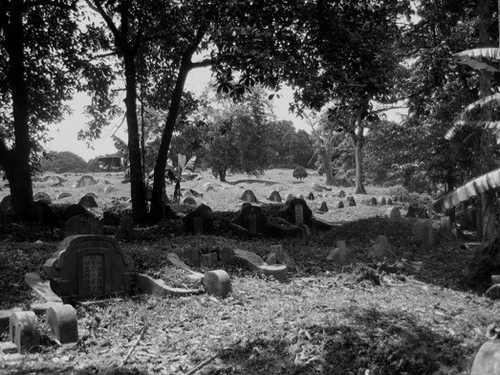 And some of its occupants: 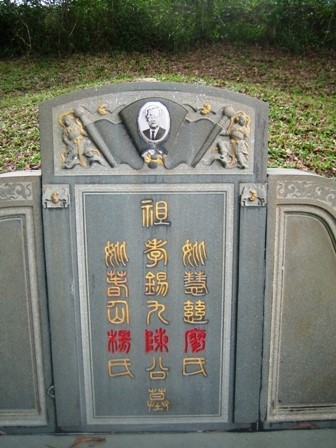 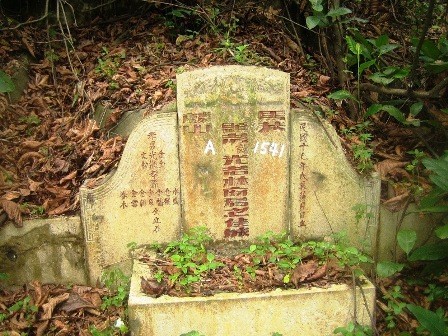 Grave S/No A1541 (for exhumation) - Lee Kwang Zhe
Earliest tomb,erected in 1928,  damaged by Japanese bomb fragments
One of the few Hokkien tombs before Guang Xiao Shan was bought by Ngee Ann Kongsi in 1933 to become a Teochew cemetery
The village at the cemetery 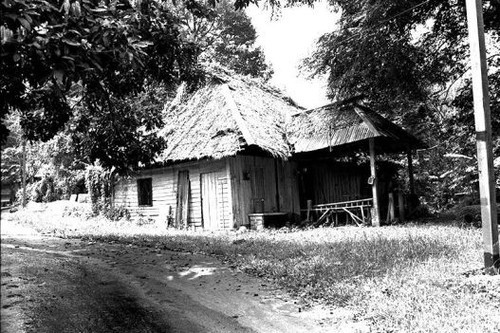 And the villagers who stayed there before and those who still remain: like Mdm Huang, who looks after
the cemetery temple and still collects the decade old prices of $5 - $10 for tomb maintenance.
To the various gusty old woman who still comes regularly in the afternoon to care about the tombs.

And all the tombs who may not have descendents to claim and exhume them and whose ashes may be scattered over the sea…..
There is a  Guang Xiao Shan Tua Pek Gong temple there.  In the early days, it was known as Lin Shan Miu. - 麟山廟 (Unicorn Mountain Temple)
In a book published in 1958 on Chinese Temples in Singapore„ Dr Leon Comber, mentioned about this Unicorn Mountain Temple.
From the book:
This small shrine is also known as the Fuk Tak Miao or Toh Pek Kong Temple. The main deity, as implied in the name, is the Grand Old Man, Toh Pek Kong.
But it is looked after by a poor old man, who lives with his dog in wretched hut in front of the small stone building housing the shrine.
I have included it as a typical example of a guardian temple for a Chinese cemetery.
The cemetery, which lies on the slope of the hill stretching behind, is the Kuang Hsiao Shan. It is one of the many Chinese burial grounds in the rural areas owned by the Ngee Ann Kongsi, a Teochew association. The temple itself is said to be about ten years old. A Chinese wayang and market are held here on festive days connected with the deity.
The Hokkien grave which was at the top the hill and obviously the best “fengshui” position and one of the few Hokkien graves before Ngee Ann Kongsi took over
: 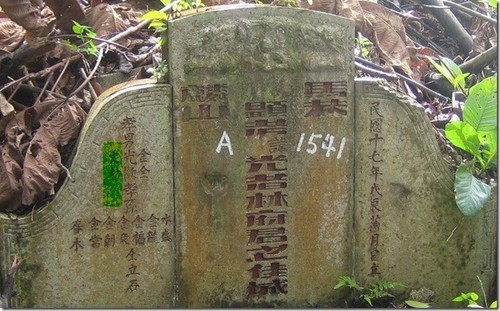 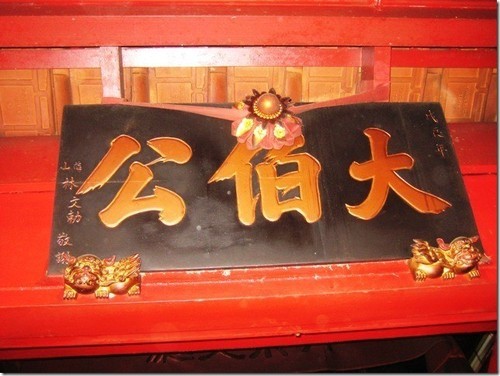 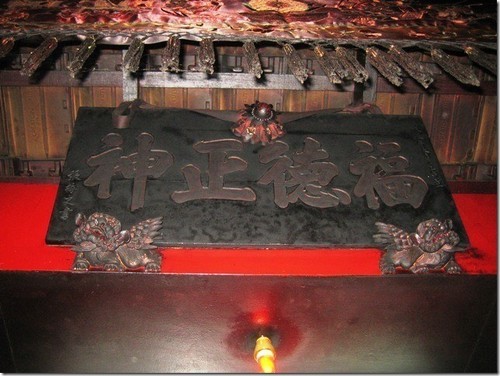 Tua Pek Kong 1928 plaque
Therefore it possible that this temple is originally named after the place Lin Shan 麟山 where this Lim (who might be the benefactor of the temple or owner of the land ) came from.
He might have named this hill Lin Shan in memory of his home town Lin Shan (so called because it is shaped like an unicorn)
This Lin Shan would later became Guang Xiao Shan after Ngee Ann Kongsi brought over the land in 1933.


——————————————
LTA would like to call on the next-of-kin/descendants (claimants) of the deceased buried in the graves whose tombstones
have been marked by LTA in this section of the cemetery (“the Affected Graves”) to register by 15 October 2008 their
claims of ancestor’s remains via one of the following methods.
By fax and post to:
Land Transport Authority
Survey and Lands Division
1 Hampshire Road
Survey and Lands Division
Block 5 Level 2
Singapore 219428
Fax : 6396 1136
By online registration via here.
Register in-person at our office at the above-stated address between 8.30am and 5.00pm, Mondays to Fridays except public
holidays and between 9.00am and 12.00pm on Saturdays.
Registration Form can be downloaded here.
The list of names of the deceased which can be discerned from the tombstones of the Affected Graves are contained in here.
It should be noted that this list is not comprehensive and does not contain the names of deceased where the deceased’s  full name cannot be discerned from the tombstone.
For Enquiries
E-mail to feedback@lta.gov.sg
Call us at our 24-hour Customer Service Line @ 1800-Call LTA (1800-2255 582)

Exhumation and Cremation by LTA

LTA will engage an exhumation contractor to commence the exhumation in mid-October 2008.
Each grave will be exhumed individually under the supervision of a Government Officer.
All exhumed remains will be cremated individually.
The ashes will be placed in an urn and stored in a standard-size niche at a Government crematorium and columbarium.
A standard-size marble plaque, inscribed with the name of the deceased and date of death, if made known to LTA, will be installed over the niche.
The above services will be provided by LTA without charge.
Claimants may arrange to keep the ashes of the cremated remains at places of their own choice at their own cost.
Private Arrangements
Claimants may engage their own contractor to exhume the graves at their own cost before LTA’s scheduled exhumation. LTA will bear the cost of cremation and provision of niches at a Government crematorium and columbarium.

All Affected Graves which are not claimed by 15 October 2008 will be exhumed in accordance with Government practice for unclaimed graves and the remains cremated individually. The ashes will be kept by LTA and thereafter scattered at sea if they remain unclaimed within three years after the date of the exhumation.

The Singapore Land Authority (SLA) will soon be commencing the final phase of the exhumation of the graves at the Kwong Hou Sua Teochew Cemetery (off Woodlands Road). The land, which is approximately 70,000sqm, is planned for industrial developments. In October 2008, LTA had commenced the earlier phase of the exhumation for the portion of the land required for the Downtown Line depot development.


2 About 1020 graves will be affected under Phase 2. The next-of-kin or descendants are to register their claims of their ancestor’s remains by 17 April 2009. Public exhumation is scheduled to commence from March 2009 and to be completed by end June 2009.